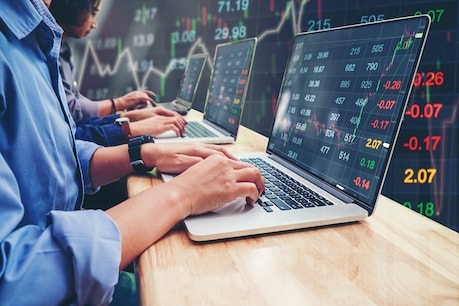 The company’s consolidated revenue has seen a 4.2 percent increase.

New Delhi. Midcap IT services company Mindtree has presented its fourth quarter results on Friday. In the quarter ended March 31, 2021, the company’s profits have fallen by 2.8 percent on a quarter-on-quarter basis. The company earned a profit of Rs 317.3 crore in the fourth quarter. Mindtree has announced a final dividend of 175 per cent i.e. Rs 17.50 per share for FY 2021.
Weak operating performance has been impacted by the company’s profitability. But the company has given double digit growth in the company’s business and more than 20 per cent growth in EBITDA (EBITDA) in FY 2022. On a quarterly basis, the consolidated revenue of the company has seen a growth of 4.2 per cent and has been at Rs 2,109.3 crore. Whereas the dollar earnings grew by 5.2 per cent to $ 28.82 million on a quarterly basis.
Also read: Indian companies give jobs on this formula, know this way to get a good job

50 million dollar category client foundIn the fourth quarter, Mindtree got a client in the $ 5 million category and 2 clients in the $ 1 million category. While 1 new customer with a price band of 10 million dollars has been found. At the end of 31 March 2021, the company had a total of 270 clients, while by the end of December 2020, the company had a total of 276 clients. In FY 2021, the order book of the company has shown a growth of 12.3 per cent. The company currently has orders of $ 138.2 million. The company’s attrition rate in the fourth quarter was 12.1 percent, which was at 12.5 percent in the previous quarter.
ALSO READ: Corona vaccine-making serum invested in this big company, know everything

The company has made a profit of Rs 1,110.5 crore for the entire financial year 2021, which is 76 percent more than the FY 2020. Looking at the income, the company has earned Rs 7,967.8 crore in the entire financial year 2021, which is 2.6 percent higher on an annual basis. Similarly, the company’s dollar income has seen a decline of 1.1 percent on an annual basis. At the same time, the company’s results in the fourth quarter have been better than anticipated. CNBC TV-18 had estimated that the company would have a profit of Rs 282 crore in the March quarter on an income of Rs 2,084 crore. While the company’s dollar income during this period was estimated to be $ 287 million.
Also read: Job talk: Better performance of new skills in interview will guarantee job, know such important mantra