In the wake of the Corona epidemic, the Niranjani Akhara has announced its withdrawal from the Maha Kumbh. If we talk about the number of sadhus, then Niranjani Arena is one of the biggest and major akharas in the country. He is considered the most powerful after the Juna Arena. He is one of the 13 major akharas of the country. An introduction to this is also that it has the most educated monks, including doctors, professors and professionals.

Since the commencement of Haridwar Mahakumbh, around 70 senior monks have been corona positive. This number is continuously increasing. The Niranjani arena has always had a different image. Know about Niranjani Arena It is said that it is thousands of years old.

The history of the arena is thousands of years old
Niranjani Akhara was established in the year 904 in Vikram Samvat 960 Karthik Krishnapaksha day on Monday at a place called Mandvi of Gujarat. Mahant Aji Giri, Mouni Sarjunath Giri, Purushottam Giri, Harishankar Giri, Ranchhor Bharti, Jagjivan Bharti, Arjun Bharti, Jagannath Puri, Swapna Puri, Kailash Puri, Kharag Narayan Puri, Swapna Puri together formed the foundation of the arena. The headquarters of the arena is at Teerthraj Prayag. There are ashram ashrams in Ujjain, Haridwar, Trimbakeshwar and Udaipur.It is considered to be the most literate arenas of saints and saints.

According to a report, about 70 percent of the saints and saints of the Shaivite tradition have attained higher education. Some of them include doctors, some lawyers, professors, Sanskrit scholars and Acharyas. 70 percent of the Sadhus of Niranjani Akhara are highly educated. There are also some people studying in IITs.

Swami Anandagiri, a saint of this arena, is net qualified. He has also lectured at IIT Kharagpur, IIM Shillong. He is currently pursuing his PhD from Banaras.

Although there is no age limit for this, but it is necessary that the person who gets this post should have knowledge of Sanskrit, Vedas and Puranas and can give narrative discourse. A person can become Mahamandaleshwar either in childhood or in the fourth stage of life i.e. Vanaprasthashram. But for this, tests are done in the arena

Swami Punyanand Giri ji Maharaj is the present Peetadheeshwar of the Akhara.
The presiding deity of Niranjani Akhada is Kartikeya Swami ji and the color of Dharmadhwaja is ocher. The present Acharya Peethadishwar Swami Punyanand Giri Ji Maharaj of Akhara is. Akhara Secretary Mahant Narendra Giri once said during the interview that he continues to make efforts to protect and propagate Sanatan Dharma. In Sanskrit schools, poor children get educated for free. At the same time, the Mahants of the arena continuously do public awareness to protect cow, ganga and gayatri. 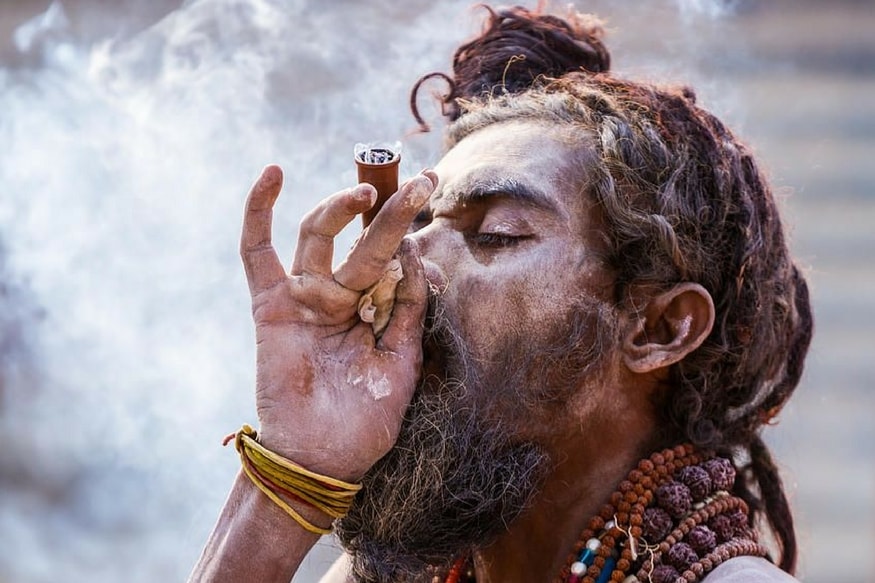 The Ashram of Niranjani Akhara is located in Haridwar itself.

This arena is also surrounded in controversies
A few years ago, discotheque and bar operator real estate businessman Sachin Dutta was made Mahamandaleshwar Sachchidananda Giri of this arena. After which the Niranjani arena was engulfed in controversies.

By the way, Niranjani Akhara made its debut in Kumbh with the grand Peshwai. Many chariots, elephants and camels were involved in it. Acharya Mahamandaleshwar and Mahamandaleshwar were seated on the silver throne on about 50 chariots. A large number of Naga sadhus worshiped Lord Shiva.