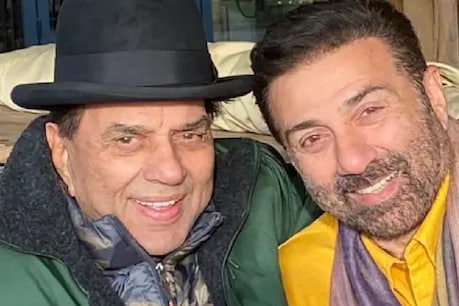 The shooting of ‘Apne 2’ by Sunny Deol and Bobby Deol has also been canceled. The makers of Apne 2 have taken this decision in view of the deteriorating conditions of Corona in the country.

If the news is to be believed Sunny Deol And Bobby Deol’s shooting of ‘Apne 2’ has also been canceled. ‘Apne 2’ (Apne 2) The makers have taken this decision in view of the deteriorating conditions of Corona in the country. Makers have told the media that the situation is very bad due to Kovid. In ‘Apne 2’, Dharmendra (Dharmendra) will play an important character, who is very old. At such a time, shooting for ‘Apne 2’ is not free from danger, due to which it would be right to wait for the conditions to be normal.

Film director Anil Sharma Has told the Times of India, ‘Corona cases are increasing these days. We cannot put Dharmendra Paji in danger by shooting at such a time. We need Dharam Paaji more than running past the release date of the film. When the situation becomes normal and we do not see danger, then we will start shooting for our 2.

Legendary actor Dharmendra announced a few days ago to make a sequel to the 2007 hit film Apne. In this, both his sons Sunny Deol and Bobby Deol appeared in important roles along with Dharmendra. Anil Sharma, the director of ‘Gadar: Ek Prem Katha’, directed this film. In the film ‘Apne’, Dharmendra played the character of a desperate former boxer who tries to get back the honor lost in his career through his sons.