Shamas Siddiqui wrote a post on Instagram and told that he is currently undergoing treatment in Dubai. He was admitted to the hospital on the complaint of bleeding from his nose.

Mumbai. Bollywood actor Nawazuddin Siddiqui The first song from the film ‘Bole Chudiyan Movie’ i.e. the film’s title track ‘Swaggy Chudiyan’ was recently released. In this song, Nawazuddin Siddiqui is seen to have changed completely. Rajpal Yadav is also present to support him within this song. At the same time, the director of this film, Shams Siddiqui, has written an emotional note on the success of this song.

Shamas Siddiqui After writing a post on Instagram, he said that he is currently undergoing treatment in Dubai. He was admitted to the hospital on the complaint of bleeding from his nose. He has thanked the fans, happy with the success of his song ‘Swaggy Churiyaan’, he wrote, ‘Today I have been 3 days and I could not connect with the world. I saw my phone today, which was filled with messages congratulating me on the success of my directorial feature film Bole Chudiyan’s first song Swagi Bangi. I have made it with more love and passion. 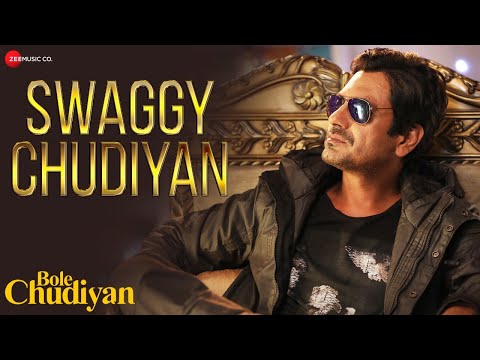 He further wrote, ‘Actually, when the song was released, the operation was going on at NMC Hospital in Dubai due to bleeding from my nose. I am sitting somewhere far away and sitting on my hospital bed thinking that this is a strange time, when you are going to see your success but you cannot see it. Talking about this film, Tamannaah Bhatia will also be seen in the lead role along with Nawazuddin Siddiqui. Where the story of this film is the story of a loving couple who live in a small village. Let us tell you, last year the makers shared a video of Nawazuddin Siddiqui and Tamannaah Bhatia under the name Swagi Bangi. In which Nawaz and Tamanna’s duo looked strong. In this video, the pair also rapped together.