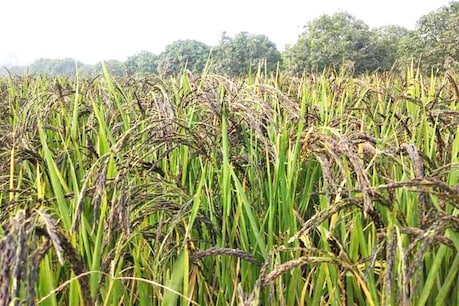 Terracotta in Gorakhpur, Chikankari of Lucknow and Black Rice in Siddharthnagar are making a mark not only in the country but also in the international market.

New Delhi. Uttar Pradesh’s CM Yogi Adityanath (CM Yogiadityanath) is working on a district, a product scheme, to identify and market a specific product of all the 76 districts of the state. Under this scheme, Gorakhpur’s Terracotta, Chikankari of Lucknow and Siddharthnagar’s Black Rice are making a mark not only in the country but also in the international market. Due to this plan, the country’s Khadi had lit up the recent Cairo Fashion Week. Products ranging from ODOP to Hong Kong’s Handloom Fair to Turkey’s Istanbul Textile Expo are also in place.

ODOP worth 24 crores sold on Amazon in one yearAccording to the information of the UP government, till December 2020, more than 50 thousand ODOPs worth more than Rs 24 crore have been sold through Amazon alone. The ‘Hunar Haat’, organized on the theme of ‘Vocal for Local’ in Lucknow, brought the best artisans and artisans from 75 districts with their skills. In this haat, in just 14 days more than three and a half crore rupees were sold at ODODP stalls.

About 25 lakh rupees were sold in four days after the corona period at the ‘G.Products Expo 2021 of Uttar Pradesh’ held at Pandit Deendayal Upadhyaya handicraft complex located in Varanasi’s Baralalpur.