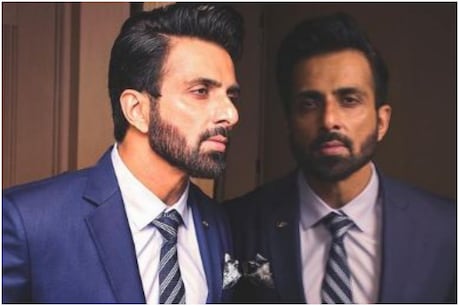 The situation is becoming uncontrollable due to the Corona (Covid 19) epidemic in the country. With the increase in the number of patients, there is now a shortage of basic facilities in hospitals. Bollywood actor Sonu Sood has extended a helping hand towards Indore.

Mumbai. The Coronavirus is once again creating an outcry in the country. Things are becoming uncontrollable day by day. There is no space in hospitals and cases of corona are increasing day by day. Across the country, the one-day figure of the Corona case has crossed 2 lakh. Bollywood actor Sonu Sood is ready to fight the second wave of Corona. Recently, he has extended a helping hand for Indore in Madhya Pradesh.

The situation is becoming uncontrollable due to the Corona (Covid 19) epidemic in the country. With the increase in the number of patients, there is now a shortage of basic facilities in hospitals. There is a huge shortage of oxygen cylinders and beds in hospitals. In such a situation, Bollywood actor Sonu Sood has extended a helping hand towards Indore. A video about Sonu Sood has also surfaced.

A video of Sonu Sood has surfaced in which he is heard saying that I want to tell all the people of Indore that you should take care of yourself. Yesterday I knew that the people of Indore are facing a lot of oxygen shortage. I am sending 10 oxygen generators to Indore. I want to ask all people to support each other, so that we can come out of this epidemic. I am confident that if we support each other, then this problem will go away.

In this formidable problem, on the one hand, while the public representatives are busy with election campaign, on the other hand, the city of Indore was given great help by Jan Naik Sonu Sood. Thank you from all the people of Indore! @SonuSood pic.twitter.com/A7ZmrTl4iT

A tweet by Sonu Sood is also becoming increasingly viral. Let us tell you that Sonu Sood shared this tweet a while back. The actor, who shared the tweet, wrote, “The biggest lesson of the epidemic is, to save the country and build a hospital.” There is also a hint from the tweet that Sonu Sood Hospital can also be opened soon for help. However, he has not confirmed this.