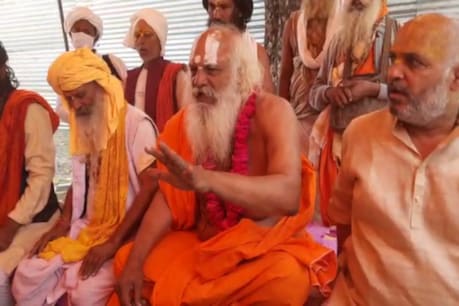 Sadhus and saints are not unanimous in concluding the Haridwar Kumbh of Uttarakhand before 30th April. In this case, the monk and the Bairagi arena have come face to face.

Haridwar. Sadhus and saints are not unanimous in concluding the Haridwar Kumbh of Uttarakhand before 30th April. In this case, the monk and the Bairagi arena have come face to face. Of the 13 akharas, Niranjani and Anand akhada have declared April 17 as the last date of the fair on their behalf. Both the akharas have announced on their behalf on Thursday that the fair will end on 17 April, but the Bairagi saints and akharas have a different opinion than the two akharas associated with the sannyas tradition. The saints of Bairagi Akhara have stood up against this decision of Niranjani and Anand Akhara and are demanding an apology. Also threatened that if both the Akhara will not apologize, then Nirmohi Ani, Nirvani Ani and Digambar Ani will separate from the Akhada Council.

The saints of Nirmohi Ani, Nirvani Ani and Digambar Ani associated with Bairagi Akhara expressed their displeasure at the decision of Niranjani and Anand Akhara by press conference on Friday. Demanded public apology from the saints of both the akharas. Mahant Dharmadas, president of Nirvani Ani Akhara, has said in a press conference that either the Akhara Parishad or the Chief Minister or the Mela Officer has the right to announce the end of the Kumbh Mela. No arena alone can take this decision. Therefore, the announcement of the end of the fair on April 17 by Niranjani and Anand Akhara is completely wrong. Not only this, Mahant Dharmadas said that both the Akharas should apologize to the other Akharas, otherwise their Akharas cannot remain with the Akhara Parishad.

In view of the increasing cases of Corona, Niranjani Arena announced
On Thursday, Niranjani Akhara secretary Mahant Ravindrapuri said that in view of the increasing cases of Corona, his arena announces the closing of the fair on 17 April. However, he made it clear that this is only a decision of his arena. Because many saints and saints as well as their devotees and devotees have also come to Corona Positive. Therefore, they are forced to take the decision to end the Kumbh Mela ahead of time. Anand Akhara, an aide of this arena, also agreed with this decision. However, both the akharas had said that the royal bath to be held on April 27 would be a symbolic gesture. In which few saints will take bath.