After seeing this post of Amitabh Bachchan, his grandson and Shweta Bachchan’s daughter Navya Naveli Nanda could not stop herself and commented on her maternal grandfather’s post.

Mumbai. Bollywood’s ‘Mahanayak’ Amitabh Bachchan is one of those celebs who are very active on social media and share their throwback stories. Recently, he has told such a thing related to himself, which very few people know. Big B revives his 38-year-old memories in New York’s Madison Square Garden with an old photo.

Amitabh Bachchan has shared a post on his Instagram, in which he told that he gave live performance in New York’s Madison Square Garden for the first time. In the picture, he is seen holding the mic and it is written on a board behind – ‘Amitabh Bachchan Live Tonight’.

Posting this picture, he wrote the caption – ‘1983, my first live performance .. That back sign board is from Madison Square Garden in New York. An Indian performer for the first time in the world’s most prestigious stadium. 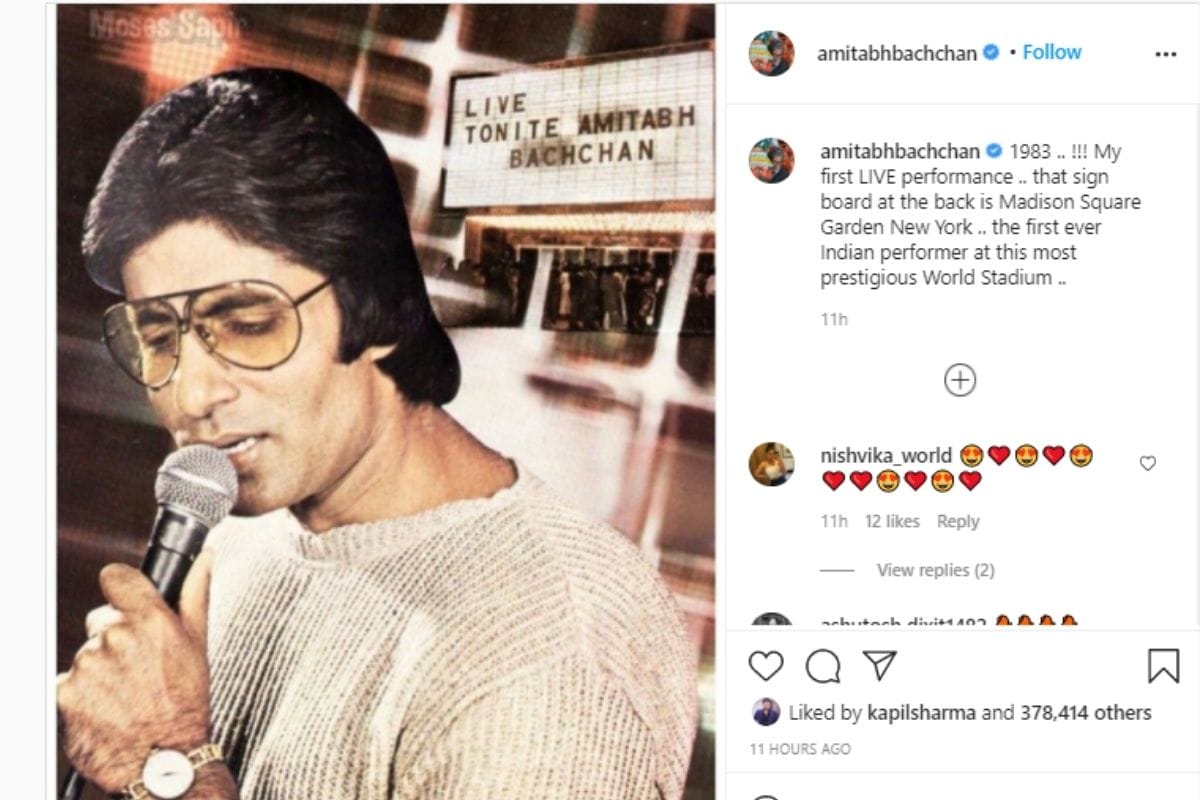 After seeing this post of Big B, Navya Naveli Nanda, her granddaughter and daughter of Shweta Bachchan, could not stop herself and after commenting, she made a heart emoji on this post of her maternal grandfather. Fans are also continuously commenting on this post of Amitabh.

Talking about the work front, Amitabh will soon be seen with Emraan Hashmi in the film ‘Face’, directed by Rumi Jaffrey. Apart from this, he will also be seen in the film ‘Jhund’ directed by Nagraj Manjule and Ayan Mukherjee’s ‘Brahmastra’ in the lead roles of Ranbir Kapoor-Alia Bhatt. Amitabh Bachchan will be seen opposite Deepika Padukone in the film ‘The Intern’. Earlier, Rishi Kapoor was going to do this role in his place. After Rishi Kapoor’s death, the film went on hold. In such a situation, the work of the film has started once again and now Rishi Kapoor will be played by Amitabh Bachchan.