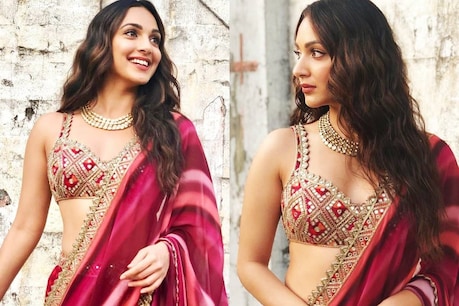 A fan of Kiara Advani shared a post that wrote that if you had 10 minutes to meet someone, who would it be? While sharing this post, Kiara’s fan has expressed her desire to meet him.

Mumbai Bollywood actress Kiara Advani is known for her beautiful acting as well as her beauty and superb dressing sense. Pictures of Kiara Advani are often seen on social media, on which their fans show lots of love. Kiara keeps interacting with her fans through social media (Kiara Advani Instagram). Meanwhile, one of his posts is becoming increasingly viral. In which Kiara has said that ‘dreams come true’.

Actually, Kiara has made this tweet for one of her fans, who recently requested to meet the actress. A fan of Kiara shared a post, in which it was written that if you had 10 minutes to meet someone, who would it be? While sharing this post, Kiara’s fan has expressed her desire to meet him.

The fan of the actress wrote- ‘She would have been my ideal Kiara Advani. It would be like a dream come true for me. I regret that she came to Delhi many times for the shooting and promotion of her films, but I could not meet her. But, next time I will do my best. I hope my dream will come true. I want to meet you, ma’am. ‘ 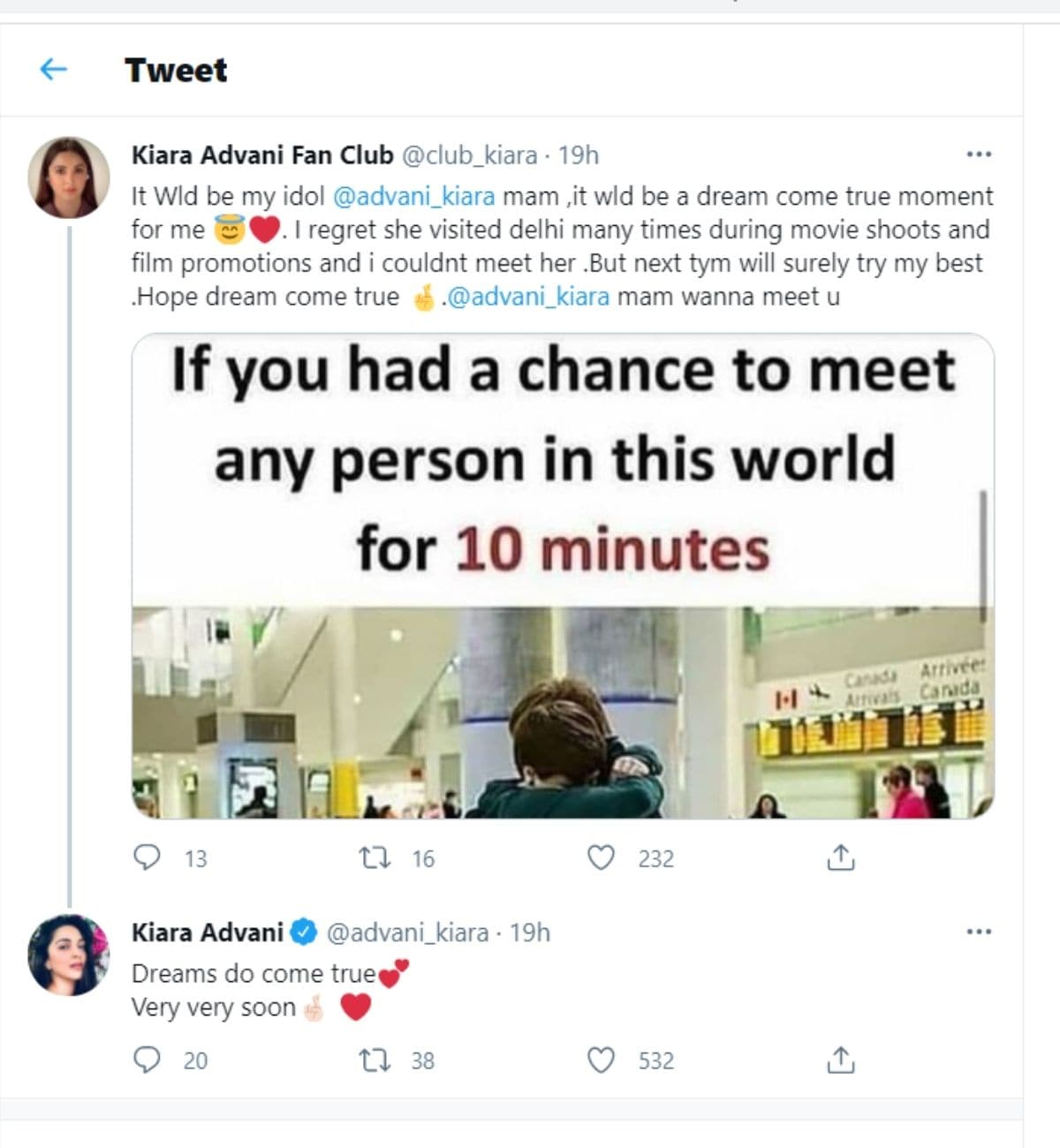 In such a situation, Kiara also did not disappoint her fans. Retweeting his fan’s tweet, he wrote – ‘The dream comes true, and it will come soon.’ Seeing Kiara’s reply, his fan too became excited. Commenting on the actress ‘post, the fan said-‘ Your every reply and likes have been precious to me. I have all your tweets saved. Which I have saved in the bookmark and have also saved screenshots of it. I am your proud fan.