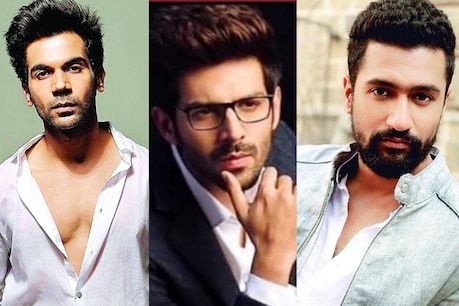 Who will do this film from Vicky and Rajkumar, it will be known only when the makers announce it.

Kartik Aaryan had a lot of problems with the script, after which things went haywire. Now the names of two National Award winning actors Vicky Kaushal and Rajkumar Rao (Rajkummar Rao) are coming out for this film.

Mumbai. Actor Karthik Aaryan has been shown an exit from Karan Johar’s Dostana 2. After replacing him with his project, now Karan is looking for another lead actor for this project. There are reports that the production house is not liking the behavior of the actor. It is also said that Karthik Aryan had a lot of problems in the script, after which things went bad. Now the names of two National Award Winning Actors are coming out for this film.

The names of Vicky Kaushal (Vicky Kaushal) and Rajkumar Rao (Rajkummar Rao) are coming up for Karan Johar’s film Dostana 2. According to a Times of India news, Vicky can be an entry in Kaushal’s film and Rajkummar Rao can be seen in the film if he does not get along with Vicky.

Vicky Kovid recently won the battle of Corona. Soon then he will start shooting again. He was shooting for the film Mr. Lele before being corona. Apart from this, there are 2 films of Vicky on which work is going on.

Let us tell you that after Karthik is dropped from the film, the makers have issued a statement. In this statement it is written, ‘Due to professional circumstances we have decided to maintain a dignified silence. We will soon announce the new cast on this film directed by Colin D’Cunha. Please wait for the official announcement soon.