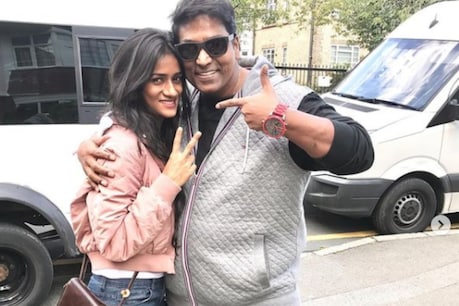 Diksha Nagpal, an Aligarh resident working as an assistant choreographer with choreographer Ganesh Acharya, has been confined to her flat in Mumbai due to the growing outbreak of corona infection in Maharashtra.

Mumbai. Government of Maharashtra Coronavirus Disturbed by this, a mini lockdown has been imposed in the state. All emergency services will continue during this lockdown, but no person will be able to get out of the house without necessary work. In this episode, Anmashoor Choreographer Ganesh Acharya Deeksha Nagpal, an Aligarh resident working as an assistant choreographer with Diksha Nagpal, has been confined to her flat in Mumbai due to the increasing outbreak of corona infection in Maharashtra.

According to media report, in the phone conversation Diksha Nagpal Said that a few days ago she came to Aligarh on Holi. If she had a slight idea of ​​the current situation, she would not have come to Mumbai. She used to live with her family in Aligarh. Diksha Nagpal says that there is a very uncomfortable situation in Mumbai at this time. Work in all the production houses has been stopped almost. People who have come to Mumbai from other states want to reach their home states as soon as possible.

She further says that now that she has enough time, she is running dance classes through online classes. Deeksha’s father, catering businessman Vineet Nagpal, says that he is constantly in touch with the daughter through phone and video calling. Deeksha Nagpal is the daughter of famous music and dance teacher Meenakshi Nagpal.