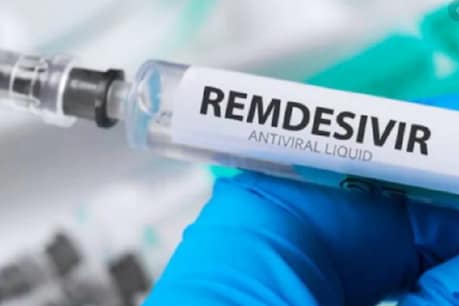 The government has cut the price of Remdesivir useful in the treatment of corona by up to 50 percent.

New Delhi. There is good news for corona patients among the second major wave of coronavirus. The Central Government has given great relief to millions of patients of Covid-19. In fact, the government has cut the price of Remdesivir, useful in the treatment of corona, by about 50 percent.

Due to Government’s intervention, the price of #Remdesivir Injection is now reduced!

I am thankful to pharmaceutical companies for joining hands with the Government to fight against CoVID Pandemic. pic.twitter.com/bNNqZ0T4Wb– Mansukh Mandaviya (@mansukhmandviya) April 17, 2021

Chemicals and Fertilizers Minister DV Sadanand Gowda said on Friday that the government was taking all steps to increase the production of Remedesivir to increase its availability in the country. He said that within the last five days a total of 6.69 lakh remediesvir injection vials have been made available to various states and union territories.

Gowda had tweeted and said, “The government is taking all necessary steps to expand the production facilities of Remedisvir and increase their capacity and availability.”

In another tweet, Gowda said, “After the intervention of the government, the major manufacturer of RemdesiVer has voluntarily reduced its price from Rs. 5,400 to less than Rs. 3,500 from April 15, 2021. This will support Prime Minister Narendra Modi’s fight against Kovid-19.