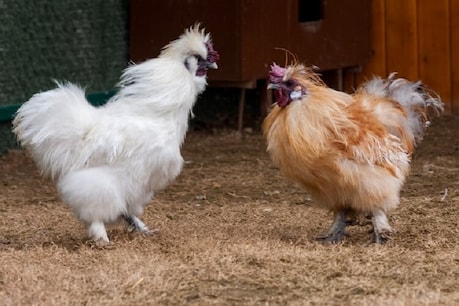 There is no state in the country where the effect of Corona is not visible on humans. But now the corona effect is also showing on the market of nonvage. For the past one week, the rates of non-veg have been falling in the market.

New Delhi. There is no state in the country where the effect of Corona on humans is not visible. But now Corona has started showing an impact on the market of Nonvage as well. For the past one week, the rates of non-veg have been falling in the market. If we talk about chicken, then the live chicken has reduced by 30 rupees and chicken meat has reduced by 40 rupees. Whereas till a few days ago its rates were skyrocketing. But now the wind of Ghazipur mandi (Ghazipur), the biggest of chicken, is telling that the chicken rate will go down further.

Significantly, about 5 lakh chickens are supplied daily from Ghazipur mandi. The maximum chicken from Punjab, Haryana, Rajasthan and West UP comes here for sale. Recently, during the Holi, the rate of chicken had jumped in the market.

Jamil, who runs a chicken business in the name of Rachna Poultry in Ghazipur Mandi, says that the last time the poultry business was ruined due to corona and lockdown. A little relief was found during Holi. Now Corona seems to be dominating the market again. The poor man is eating chicken. Otherwise, people with money stop eating non-veg as soon as they hear the name of Corona.

According to Jamil, on Sunday the rates of live chicken were from Rs 115 to Rs 95 per kg. While chicken meat was 220 to 200 rupees a kg. But with the increase of Corona, today the highest rated chicken in Ghazipur market is being sold at Rs 85 per kg. This rate is of hens weighing 1250 grams. Along with this, a cock weighing 1400 grams is sold for 85 rupees, 86 of 1700 grams and chicken weighing 2.2 kg at the price of 88 rupees. At the same time, chicken weighing up to 900 grams is being sold at the rate of 65 rupees per kg.

Chicken tangdi is being sold at this rate

Jamil says that if you want to buy different parts of chicken, today the chicken legi number 11 in the mandi is selling at a price of 200 rupees, 10 number 180 and 7-8 number 160 rupees. If you want to take fresh chopped chicken, then it is being sold from Rs 160 to Rs 180 per kg.