Mumbai. Actor Lalit Parimoo, who played the role of ‘Dr Jackal’ in one of the most talked-about shows on TV, Shaktimaan, has also hit the corona. Lalit Parimu’s condition is not good. Presently, he is admitted in the ICU ward at a Kovid Center on Bhayander-Meera Road adjoining Mumbai and is in dire need of plasma. 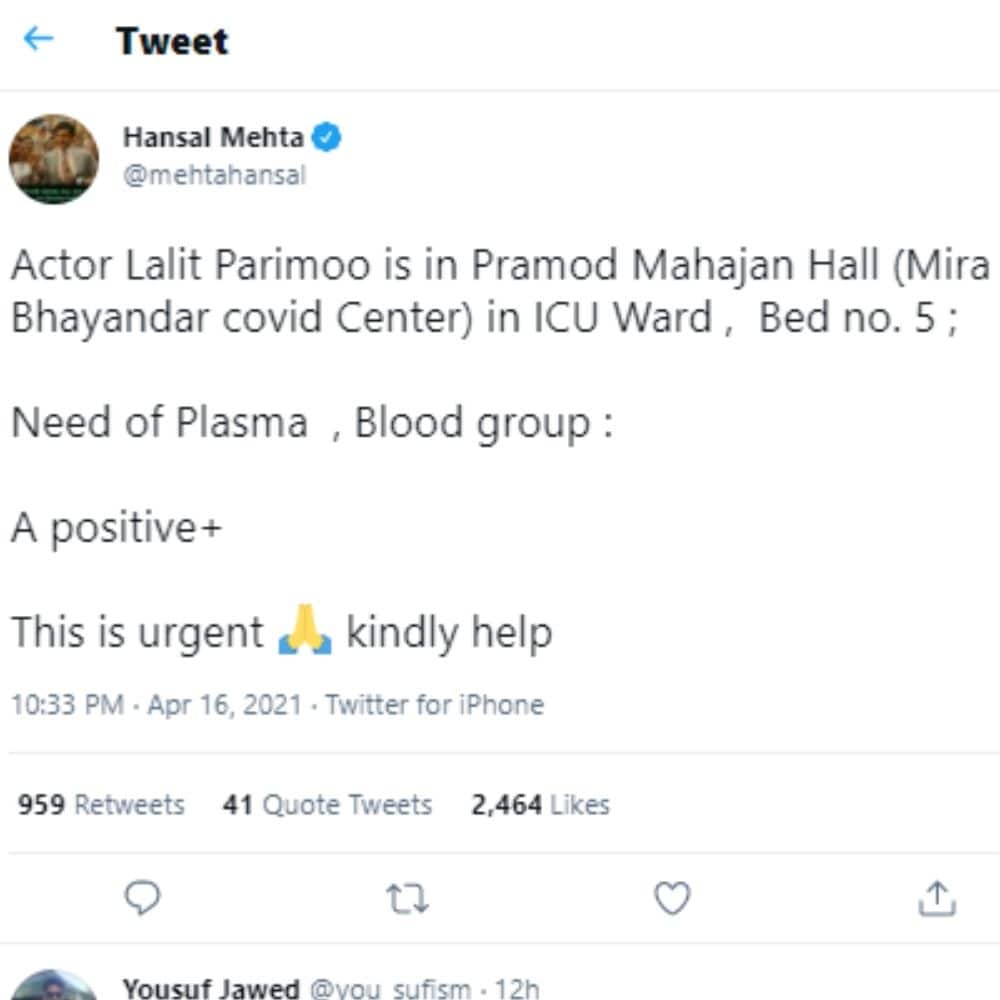 Actor Lalit Parimu, who has worked in films like ‘Haider’, ‘Agent Vinod’, ‘Mubarakan’, ‘Thousand Chaurasi Ki Maa’, played the CBI officer in the scam web series. Lalit Parimu in 1997 telecast In the highly popular serial ‘Shaktimaan’ played the role of Dr. Jayakal, a scientist as a villain and through this serial he made a different identity in the world of TV. Apart from ‘Shaktimaan’, Lalit Parimu has also worked in a number of hit TV shows like ‘Ahat’, ‘Koro Papers’, ‘Saya’, ‘CID’, ‘Rishtey’, ‘Rimix’.

His acting in the 2013 film ‘Haider’ was highly praised. Apart from acting, Lalit Parimu is also very active in writing. Lalit has also written a book called ‘Main Man Hoon’. Apart from this, they also run acting schools.