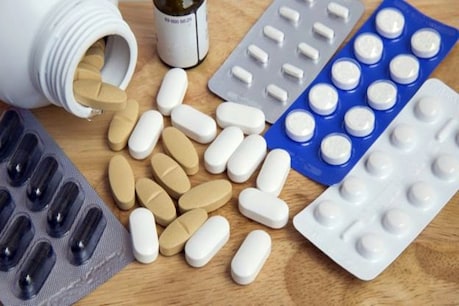 A sharp jump in pharmaceutical exports

New Delhi. The export of drugs from India in the last financial year 2020-21 (FY 2020-21) amounted to USD 24.44 billion, which is more than 18 percent of the year before. It was worth 20.58 billion dollars in the year 2019-20. This boom in pharma exports from India has been shown at a time when there was a mild contraction in the global market.

In March 2021, we saw a sharp jump in our exports and this was a provisional figure of $ 2.3 billion, said Uday Bhaskar, director general of the Pharmaceutical Export Promotion Council of India, Pharmacil. March exports are the highest during the financial year as compared to any month. The rate of growth in the month of March was 48.5 percent compared to the same month a year ago. In March 2020, exports were USD 1.54 billion.

The statement quoted Bhaskar as saying that the implementation of the lockdown in March last year had affected exports. In the year 2020, the global pharmaceutical market registered a decline of one to two percent. In contrast, there was a sharp jump in the demand for drugs from India during the year. Due to the quality of the medicines of India and the practicality of their prices, their demand increased.

Also read: Petrol Diesel Price: How much reduction in the price of petrol diesel today, quickly check today’s rate He said that there is a possibility of good growth in vaccine exports from India in the coming time. Similarly, the Government of India’s productivity half-year incentive scheme will reduce dependence on imports in the pharmaceutical sector and strengthen the export base. North America is India’s largest market for drug exports. The share of this market in exports during the year was 34 percent. It is followed by the location of the South African market. There exports increased by 28 percent and in the European market, the rate increased by 11 percent.