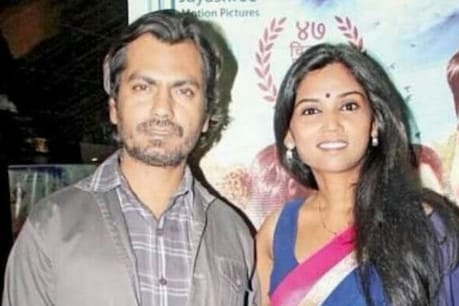 There are many changes in the life of Nawazuddin Siddiqui these days. In such a situation, Nawaz has also started to rejuvenate himself.

Mumbai. These days, the personal life of Bollywood actor Nawazuddin Siddiqui is also on track, the film career is flying. Recently, Nawaz’s wife Alia (Aaliya) arrived at his farmhouse to spend time with her children. Nawaz was also supposed to come with them, but at that time the actor was shooting his film ‘Jogira Sara Ra Ra’ in Lucknow. These days both are trying to save their marriage. If Nawaz’s life seems to be returning to the trend, the actors have also started trying to change themselves. For this, the therapy has also been taken.

According to the news of the Times, ‘Raees’ actor Nawazuddin Siddiqui reached Bangalore from Lucknow and took time for himself. Actually, Nawaz is feeling very tired these days while working continuously. In such a situation, he has decided to refresh himself with detox therapy. On this news, his wife Alia stamped it and said that ‘Nawaz has become very concerned about his health these days. After shooting for ‘Jogira ..’ he has taken a break for a few days. If Alia is to be believed, then Nawazuddin Siddiqui should stay in Bengaluru for about 7-8 days. Having spent time in a resort there following all the protocols of Kovid-19. After this, he moved to his home town Budhana. Nawaz these days wants to keep himself away from the stirring of Mumbai for a few days. Aaliya believes that Nawaz will get a lot of relaxation from detox therapy and holidays spent among his people.

Let us know that Nawazuddin is going to be seen in the comedy film ‘Jogira Sara Ra Ra’ directed by Kushan Nandi, Mithun Chakraborty’s son Mahaakshay and ‘Kya Kool Hai Hum’ actress Neha Sharma. Apart from this, recently the song of Nawaz’s upcoming film ‘Bole Chudiyan’ has been released, in which he is getting a different style.