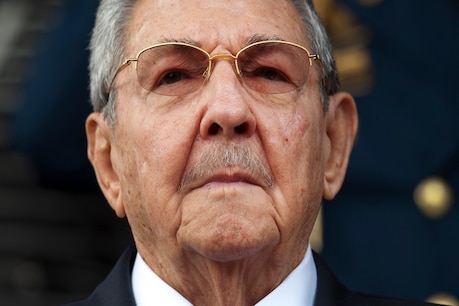 The retirement of Raul Castro means that this will be the first time in the last six decades that no member of the Castro family will formally lead the affairs of Cubans.

Havana (Cuba). Former Cuban President Raul Castro said on Friday that he is resigning from the post of chief of the Communist Party and entrusting the leadership of the party to the younger generation. This will be the first time in this island country in the last nearly six decades, when no member of the Castro family will lead the affairs of the country. Raul Castro (89) made this announcement on Friday in his speech at the beginning of the eighth Congress of the ruling party.

He said, “I am fulfilling my work as the First Secretary … with satisfaction (of discharging my duty) and with confidence in the future of the country.” Raul Castro’s brother Fidel Castro, the father of the Cuban revolution, died in 2016.

For the first time in six decades
Raul Castro did not say who he would support to succeed him as the first secretary of the Communist Party, but he had previously indicated that he supported Miguel Diaz Kanel, 60, who became president after him in 2018. Castro’s retirement means that this will be the first time in the last six decades that no member of the Castro family will formally lead the affairs of Cubans. This change is taking place in the country at a time when it is already passing through difficult times.

The country’s economy is in crisis due to the Corona virus global epidemic and restrictions imposed by former US President Donald Trump.