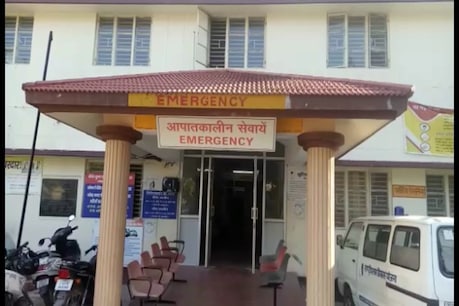 A case has been filed in the police against 20 infected patients absconding from Kovid Hospital.

38 patients of corona were admitted in the Sridev Suman Hospital Narendranagar of Tehri Garhwal. On April 17, some patients were to be discharged, due to which the hospital staff became busy. During this time, about 20 Kovid positive patients escaped from here.

Tehri Garhwal. In Tehri Garhwal, Uttarakhand, there has been a lot of negligence of the health department and the police-administration. A case of absconding of 20 Kovid positive patients has been reported from Covid Hospital, Narendranagar here. There is an atmosphere of panic in the entire area due to the large number of Corona patients fleeing from the hospital. In view of increasing cases of Corona Virus in Tehri district, the Health Department has set up a Kovid Care Center in Rishilok in Munikireti area, and Sreedev Suman Hospital in Narendranagar has also been converted into a Kovid Care Center and a Kovid Hospital.

Cases of corona infection are increasing continuously in Kumbh region Munikireti. People coming from other states and cities, whose corona report is coming positive, are being kept in the Covid Care Center here. 200 beds have been arranged in Kovid Care Center. There is also a provision of 200 beds in Narendranagar Hospital. Corona positive serious patients are being kept in the Sridev Suman Hospital Narendranagar. On April 17, some patients were to be discharged from the hospital, due to which the hospital staff became busy. During this time, about 20 Kovid positive patients absconded from here.

Efforts continue to tracing the corona positive patients who are abscondingCMO doctor Suman Arya says that Narendranagar hospital is a Kovid hospital in the district. On April 17, some patients were to be discharged from here. But on the same day, a Kovid positive patient was killed, whose body was to be handover. During this time, due to the health and police staff, twenty people infected and escaped from the hospital seeing the opportunity. He said that a case has been filed against them and tracing is being done.

At the same time, SDM Narendranagar says that people are constantly coming from outside due to Kumbh. Kovid sampling of such people was being done after which 20 people were kept in Narendranagar Kovid Hospital. But on April 17, some patients were to be discharged, and meanwhile 20 people escaped from Narendranagar Kovid Hospital due to health and police staff arrangements which are being investigated. According to the records, their cities are also being contacted.