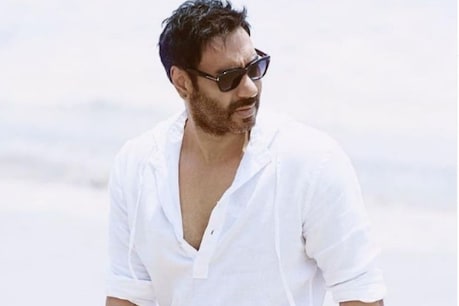 ‘Luther’ is a psychological show thriller British show in which Idris Elba plays the main character. This web series will be produced by BBC India and Apple Entertainment Entertainment.

Mumbai. Ajay Devgn recently announced his upcoming film ‘Gobar’. Along with this film, there is another good news for Ajay’s fans. Like other stars, Ajay Devgan is soon going to take a banged entry on the OTT platform. Ajay is going to work in the remake of the British show ‘Luther’. BBC India will produce this series of Ajay. Ileana D’Cruz can also work with Ajay in this series.

Actually, ‘Luther’ is a psychological crime thriller British show, in which Idris Elba plays the main character. This web series will be produced by BBC India and Apple Entertainment Entertainment. According to the report of Bollywood Hungama, there may be an announcement regarding Ajay Devgn’s show next week. As soon as the show is ready it will be released on Disney Plus Hot Star.

Ileana has approached for this. However, there is no update about whether the actress has said yes to this. In March, Ajay also hinted at this through one of his social media posts. Ajay had asked in the post, ‘Would fans like to see Sudarshan in place of Ajay Devgan or not …’

Let us tell you that Ajay Devgan is now shooting the film ‘Mede’ with his acting direction. Due to Corona, the shooting of the film has stopped at the moment. Shooting of the film Mede started in December. Over time, Ajay had shot several major portions of the film. For the final schedule, the team was supposed to go to Doha for the last 3 days in April, but Ajay has stopped the schedule of Doha in view of the growing case of Corona. He does not want to take any risk in such a situation.