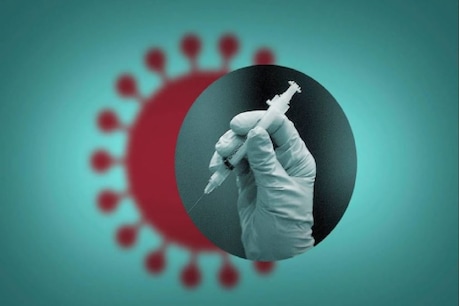 Despite getting vaccinated, there is a risk of infection, be careful

Know All About Corona Vaccination- COVID-19 (COVID-19) vaccine may carry the risk of corona infection even if both doses are taken, so those people should also take all the precautions like ordinary people. They can avoid infection.

Know All About Corona Vaccination- The second wave (Corve) of Corona (Covid-19) in the country is at the peak. To avoid this, the health department or the central and state governments are advising all the Kovid vaccinations (Advice). In this sequence, people are reaching for vaccination, but a question is coming in everyone’s mind that can infection of corona be avoided after vaccination? The reason for this question is because of many cases where people have been infected with corona despite taking both doses of vaccination. Let us know about this.

Can infection occur after taking the Kovid-19 vaccine?

BBC According to a report published in, there is no evidence that the Kovid-19 vaccine can completely prevent infection. But by taking the vaccine, the risk of infection is reduced to a great extent and even if there is an infection, the person remains seriously ill. Actually, the vaccine prepares the body to fight against viruses and disease. According to the US Centers of Disease Control and Prevention (CDC), vaccines do not treat any disease but prevent them from occurring and reduce their impact. Despite taking two doses of the vaccine in their country, many people have become victims of corona infection. But it has been seen that there is infection in those people but the effect of the disease is less.

Also read: Children of the womb are at risk of corona virus, know how

Which vaccine is being given under Kovid-19 vaccination

Under the Kovid-19 vaccination, the two doses of vaccine that are being given in their country are Kovishield and Kovaxin. They have been given permission by the Drug Controller General of India (DCGI). Kovishield is a version of Oxford-AstraZeneca and is made by the Serum Institute of India Company in its home country. At the same time, the cocaine is our own vaccine. Which has been formed in collaboration with the Indian biotech company Indian Council of Medical Research (ICMR).

Should those who have been infected before also take the vaccine?

Also read: Know what you can and can’t do after Kovid Vaccination

What can not you do after getting vaccinated?

Some guidelines were issued by the Center for Disease Control and Prevention i.e. Center for Disease Control and Prevention about what you should not do even after taking both doses of the vaccine. Which you will have to follow. According to the CDC, people who have been vaccinated also need to wear masks well when going to public places. Along with this, it has also been advised to follow social distancing. Those people will also have to avoid going to any function and meetings and will have to keep using the sanitizer.