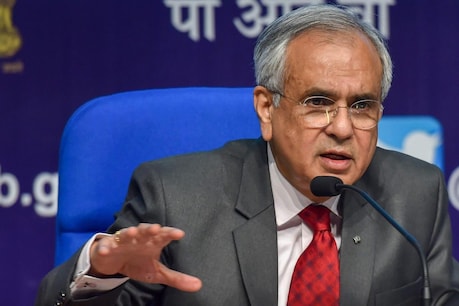 During the second wave of Kovid, the country should be prepared for ‘more uncertainty’ about consumer and investor sentiment. NITI Aayog vice-chairman Rajiv Kumar said that the government will take fiscal measures to deal with this situation if needed.

New Delhi: NITI Aayog Vice Chairman Rajiv Kumar has said that amid the second wave of Kovid, the country should be prepared for ‘more uncertainty’ about consumer and investor sentiment. Kumar said on Sunday that the government will take fiscal measures if needed to deal with this situation. Kumar acknowledged that the current situation has become more difficult than before due to increasing cases of infection. However, despite this, he hoped that the country’s economy will grow at 11 per cent in the financial year ending 31 March 2022.

Covid-19 cases are increasing rapidly in the country. Also, the number of deaths from infection is also going up. Because of this, many state governments have curbed the movement of people. Kumar said that India was close to defeating the epidemic, but due to the new type of virus from Britain and other countries, the situation has now become very difficult.

NITI Aayog Deputy Chairman gave informationNITI Aayog vice-president told PTI-language, “It will have a direct impact on some areas like service. The second wave will also create uncertainty about the economic atmosphere, which will have an indirect effect on economic activity. In such a situation, we should be prepared for more uncertainty on both the consumer and investor perception fronts. ”

What did Rajiv Kumar say on the relief package?
Asked whether the government is considering a new stimulus package, Kumar said that this question can be answered only if the finance ministry assesses the direct and indirect impact of the second wave of Kovid. Kumar said, “You have seen the response of the Reserve Bank in this regard.” I am confident that the government will also take fiscal measures when needed. ”

Ministry of Finance released several packages in 2020
Earlier this month, the central bank has kept the main policy rate at four percent this month. At the same time, the Reserve Bank has also continued its soft stance. In 2020, the Central Government announced a ‘Self-reliant India’ package to revive the economy affected by the epidemic. In total, this package is worth Rs 27.1 lakh crore, which is more than 13 percent of the national gross domestic product (GDP).

Also Read: Good News! You will get a cashback of Rs 150 on filling petrol, thus benefit by paying

Regarding the growth in the current financial year, Kumar said that according to various estimates, it will be around 11 percent. In the last monetary review, the Reserve Bank has estimated the growth rate to be 10.5 percent in the current financial year. In the Economic Review presented in Parliament this year, the growth rate has been estimated to be 11 percent. According to official estimates, the economy will decline by eight percent in 2020-21.