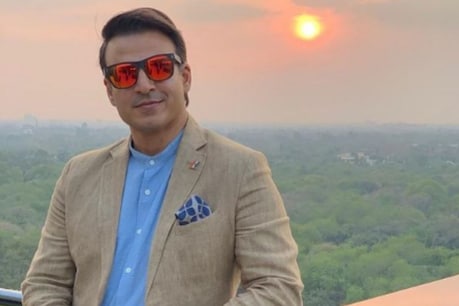 Vivek Oberoi’s filmmaker ‘Saathiya’ (Saathiya) was well liked. Everyone knows that Vivek not only got recognition from this film but it proved to be a milestone in his career.

Mumbai: Bollywood actor Vivek Oberoi K Papa Suresh Oberoi (Suresh Oberoi) Oberoi) himself is a well-known actor in the industry. Vivek’s father Suresh was planning to launch his son with a big film but Vivek wanted to come out of his comfort zone. Vivek gave an audition test and made his Bollywood debut with Ram Gopal Varma’s film Company. After the immense success of this film, he worked in many films. Till now, Vivek has spent almost two decades in the film industry. From the role of ‘Chandu’ to ‘Tapori’ of the company, he spoke openly about the journey from ‘Saathiya’ to Aditya.

On the question of nepotism, Vivek Oberoi shared his experience with the Times, saying that ‘nepotism has become a big word today but was very common earlier. The same thing was going to happen to me myself. When the son completed his studies from New York, Suresh Oberoi, along with director Abbas-Mastan, had made full preparations to launch the son. Everything was fixed but suddenly I thought it was not right. My father is my idol, he has made his own place in Bollywood, and I want to do something on my own, just like him. I thought if the film did not work, my father’s lifetime earnings would be drowned, I stayed awake all night and thought. The next day I went to my father and said ‘I can’t do this film, I want to Struggle just like you’. On this, he said that I have made all the preparations, so you do not need to struggle. A few weeks later I went to Abbas Mastan and apologized, saying that I will not do this film.

Vivek Oberoi told that after this he made rounds of many studios, gave many auditions. Meanwhile, it was revealed that Ramgopal is casting Verma for his film. I met him, got a lot of work in this film after a lot of effort, and my character ‘Chandu’ was very much liked. After this, when I decided to do ‘Saathiya’, everyone refused. Even my mentor Ram Gopal Varma called it a dangerous decision. Everyone wanted to see me in an action movie. But as an actor, I wanted to play different types of roles. Doing ‘Saathiya’ was a very challenging decision for me. But I did and after the success of this film, everyone’s thinking changed with me. Now everyone started saying that only do love story based films’.

Regarding this film, Vivek told that the praise of Mani Ratnam sir was the biggest for me. He told me that ‘you surprise me. I want to do a film with you ‘. It was not a big honor for me. In this way, cast me in ‘Yuva’.