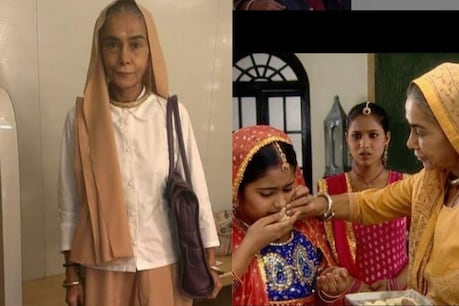 Surekha Sikri started her career in theater by sharpening her acting edge at the National School of Drama.

Mumbai : The name of veteran artist Surekha Sikri is taken up with great respect in theaters, cinema and small screen everywhere. This fabulous actress is celebrating her birthday today. Born on 19 April 1945, Surekha Sikri made her debut in the 1978 political drama film ‘Kissa Kursi Ka’. After this, he played the supporting artist in many Hindi films and Malayalam films. Apart from this, such a sting of his acting in many daily soaps was that Surekha Sikri settled in the minds of the people.

Surekha Sikri may have worked in any number of films, but she got a door-to-door recognition from the character of Kalyani of the show ‘Balika Vadhu’, which entertained the audience for a long time. This character brought him to a place that every actor-actress wants. Kalyani Devi, the grandmother of the serial ‘Balika Vadhu’, showed such a mixed form of awe and love with her status that everyone became happy with Surekha.

On one hand, his love for Jagya and the strictness for Anandi made him a villain. However, he does not find Aziz any later than Anandi. The entire village used to fall at his feet as soon as he heard a voice of Kalyani Devi. No human in the entire village could have avoided the talk of Kalyani Devi. Even after getting old, Kalyani Devi used to rule her entire area. Surekha’s unmatched acting was that children and women used to fear their domination in many homes. It was the acting of Dadi Sa that this serial made under the direction of Siddharth Sengupta and Pradeep Yadav became the first show to run for a long time.