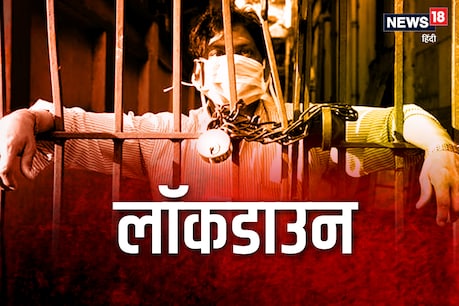 CAT (CAIT) said that the current data shows that the condition of corona infection in Delhi is very worrisome.

New Delhi. Corona in the nation’s capital, Delhi, continues to wreak havoc. In the last 24 hours, 306 people died due to infection. At the same time, the Confederation of All India Traders (CAIT), an organization of the business community, said on Friday the Delhi government said that the lockdown implemented in the national capital should be extended from April 26 to prevent Coronavirus infection.

The statement said that although the lockdown would cause economic damage to businessmen and the economy, “we still believe that it should be taken forward to save the lives of the people of Delhi and prevent the outbreak of Kovid-19”.

26169 new cases of corona in 24 hours in Delhi, 306 infected deathsSignificantly, 26,169 new cases of corona virus infection were reported in Delhi on Thursday. Apart from this, 306 infected patients also died. The rate of infection in Delhi was 36.24 percent, the highest since the onset of the epidemic last year. According to the Bulletin of the Health Department, more than 1,750 people have died due to this deadly corona virus in the last 10 days in Delhi. There were 24,638 new cases in the city on Wednesday, 28,395 on Tuesday, and 23,686 new cases on Monday.

A total of 9,56,348 people have been affected by the epidemic in the city so far with new cases of infection reported in Delhi on Thursday. The death toll has risen to 13,193. According to the bulletin, 72,208 samples were tested in Delhi on Wednesday. So far, over 8.51 lakh patients have been cured in Delhi, while 91,618 patients are under treatment.