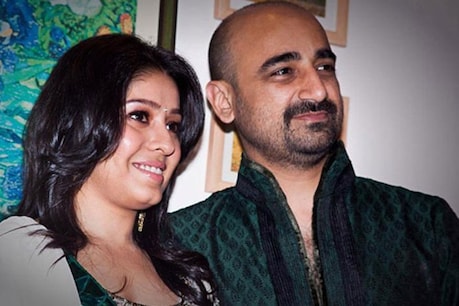 News of the rift between singer Sunidhi Chauhan and husband Hitesh Sainik has been in the news for a long time. After this, Sunidhi’s husband Hitesh Sonik, while talking to the media, called these things a rumor.

Mumbai. Singer Sunidhi Chauhan is in discussion about her married life. Singer Sunidhi Chauhan and husband Hitesh Sainik The news of the rift between has been in the news since a long time. After this, Sunidhi’s husband Hitesh Sonik while talking to the media had told these things as a rumor, but no statement from Sunidhi was revealed. Now, Sunidhi has broken the silence on this matter.

In an interview with ETimes Sunidhi Chauhan Said, ‘Everything is fine now. Me and Hitesh Sonik are staying together. At the same time, a source said, ‘There was upheaval in the marriage of both of them and both of them have patched up in the past.’ In the past, both Goa also went for a holiday together. Even after this, questions were arising about the problems in the marriage, to which Sunidhi thought it right to answer.

Let me tell you that last year when Hitesh had asked about the news of the separation of the two, he said, maybe Sunidhi is not commenting on this because she does not pay much attention to the rumors. We live in the same house. We did the housework together in the lockdown.

Hitesh further jokingly said, ‘Maybe Sunidhi has not liked my explanation, then only such reports are going viral.’ Please tell that Sunidhi and Hitesh got married in the year 2012. They both have a 2-year-old son. This is Sunidhi’s second marriage with Hitesh. Earlier, Sunidhi married choreographer Bobby Khan.