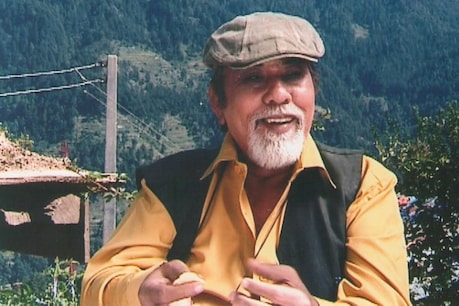 Veteran actor and producer Lalit Behl said goodbye to the world. He died due to coronavirus related complications. His son director Kanu Bahl gave this information on Friday.

New Delhi. The second web of Coronavirus is growing rapidly across the country. Maharashtra is also being affected the most by Corona’s second web. In the film industry, the virus continues to wreak havoc as Bollywood actors continue to get infected with the corona virus. This virus is now killing the Bollywood actors.

Veteran actor and producer Lalit Behl said goodbye to the world. He died due to coronavirus related complications. His son director Kanu Bahl gave this information on Friday. Bahl has worked in films like ‘Titli’ and ‘Mukti Bhavan’. The 71-year-old actor was confirmed to be suffering from Kovid-19 last week and was undergoing treatment at Apollo Hospital. He breathed his last there.

Kanu told PTI / Language, ‘He died on Friday afternoon. He already had a heart problem and also had corona virus infection, due to which his health worsened. He had an infection in his lungs, which later worsened. His health deteriorated further due to his chronic health problems.

Lalit, an eminent artist of Rang Manch, directed and produced Doordarshan’s telefilms ‘Tapish’, ‘Atish’, ‘Sunhari Zild’. He started his acting career as an actor on TV’s famous show ‘Afsane’. In recent years, in 2014, he worked in the drama ‘Titli’, ‘Mukti Bhavan’, directed by his son. Apart from this, Lalit appeared in the online streaming platform Amazon Prime Video series ‘Made in Heaven’ and ‘Judicial Hai Kya’.