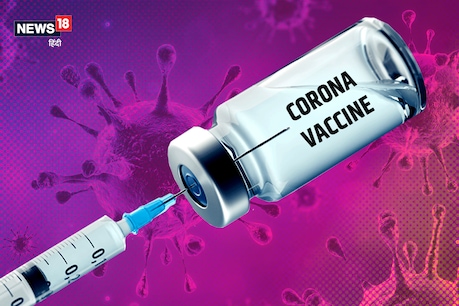 A news is becoming increasingly viral on social media, in which it is being told that the registration process is starting from 24th April i.e. today. Let’s know if registration for vaccine is really starting today …

New Delhi. A large number of cases of Coronavirus are being reported daily in the country. In view of this, the central government has taken a big decision. It has been said by the government that from May 1, everyone above the age of 18 in the country will be able to get Coronavine vaccine (Covid 19 vaccination). For which everyone will have to register on the CoWIN App and Arogya Setu. A news is becoming increasingly viral on social media about registration, in which it is being told that the registration process is starting from 24th April i.e. today. Let’s know if registration for vaccine is really starting today …

This claim is being made in the news
In the news going viral on social media, rumors are being filed about the date of registration for those above 18 years of age. In which it is being said that this registration is going to start from April 24.

Some media reports have claimed that people above 18 can register for #COVID19Vaccine from 24th April.#PIBFactCheck: The claim is #FAKE. The registrations will start on the #CoWIN platform and Aarogya Setu App from 28th April 2021 onwards.Read here: https://t.co/OpirTNhxM0 pic.twitter.com/gZSFZdYjxA

Putting an end to this rumor, PIBFactCheck has informed by tweeting that the age of 18 years should not pay attention to the rumors raised about the registration date for vaccination. The registration process will not start from April 24 but from April 28 on the Kovin Platform and Arogya Setu App.

Explain that for this, the government is going to start the third phase of vaccination in the country from May 1. The government’s decision came after Prime Minister Narendra Modi’s meeting with pharmaceutical companies and top doctors on Monday.

To get vaccinated at this stage, people will have to go to the Kovin platform or Arogya Setu app and register for the vaccine, they will not be able to go to the hospital directly.