While sharing a tweet of BJP, Kangana Ranaut made a tweet, then people started trolling them showing reality.

Mumbai. The increasing cases of Coronavirus across the country have increased the concern of the people. There is an outcry over Oxygen and ICU Beds. The figure of ever increasing deaths has started to scare people. But the BJP government claims that there is enough medical oxygen in the country. Bollywood actress Kangana Ranaut, who has her opinion on every issue, has also given her opinion on this issue. While sharing a tweet of BJP, he made a tweet and people started trolling him showing reality.

Actually, Kangana Ranaut shared a tweet from the official Twitter handle of BJP India, writing, ‘The traitorous powers who spend their time, resources to break the country, today are trying their best to break your morale. Are, avoid them. 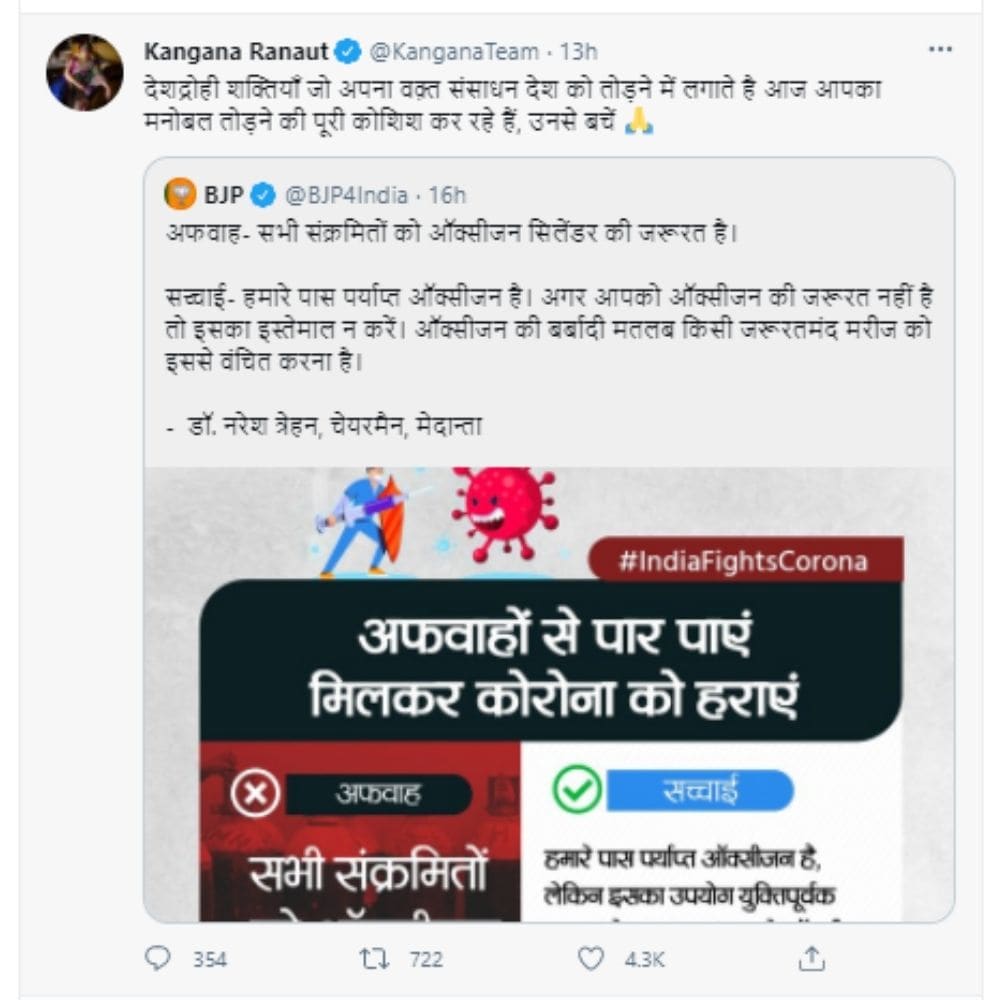 In a tweet by BJP India, Medanta Hospital chairman Dr. Naresh Trehan has been quoted as saying, ‘Rumor- all the infected need oxygen cylinders. Truth- We have enough oxygen. If you do not need oxygen, do not use it. Waste of oxygen means depriving a needy patient of it.

After seeing Kangna’s tweet, people started imposing her class. One user wrote- ‘BJP please give them a ticket quickly, they are now making fun of even death. Well, this is his profession, which started with Sushant’s death. Another wrote- ‘Nothing will change by writing here, help some helpless ma’am.’ One user shared a picture of the crematorium, writing- ‘Some idiots, freeloaders will give you the knowledge to remain confused and positive for their own benefit. Avoid such fake nationalists, recognize them, they have made their family. Stop crying of nepotism but giving knowledge on the deaths of your family. 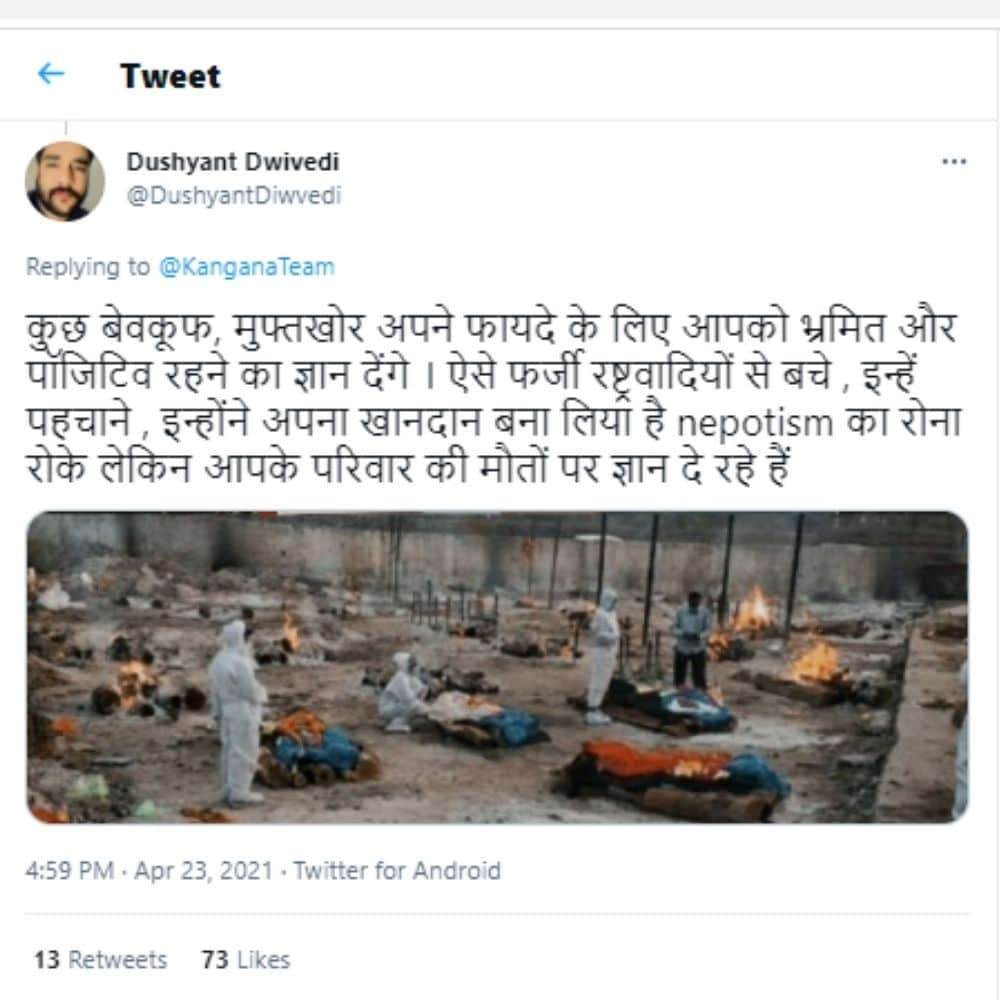 Another user wrote- ‘It is very easy to tweet sitting in the room, Miss Ranaut, go out once and see, the situation will be known. You will know more because you roam without a mask anyway. Another user wrote- ‘These are such patriots who sit in the room and give their speeches. Laxmibai considers herself to be a ground worker. Leader in spreading poison. ‘