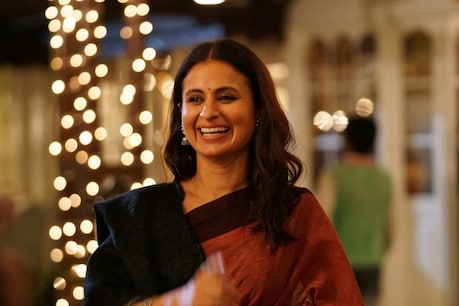 Rasika Duggal will soon be seen playing the role of Dr. Meera again in the second season of the web series ‘Out of Love’. (File Photo)

Mumbai. Actress Rasika Dugal said that she tries to avoid focusing on what people expect from her while playing the character. She realizes what matters are being invested in organized work. ‘I do not try to concentrate on doing my role as per the expectations of the people. I always believe that if you try to give your best to get into your character, then the audience also sees that story with a lot of interest. ‘

Rasika told IANS that, ‘I believe that while keeping an interest in the story myself, I try to give my best to my character.’ She will soon be seen again playing the role of Dr. Meera in the second season of the web series ‘Out of Love’. Earlier, she was seen in an important role in the second season of ‘Mirzapur’ and soon she will also be seen in Season 2 of ‘Delhi Crime’.

Regarding his comeback in season 2 of the Hindi web series’ Out of Love ‘, he said-‘ I think season 2 is very attractive. It gives a very different experience. ‘ The actress admits that when it comes to working in a known set-up, there is a sense of comfort.

‘It is comfortable in terms of shooting because you already have an understanding of your team – the team and team framework is the same as before. For example, Mirzapur’s team was largely the same as before, so I already knew about it. What I was doing and what I was not, I knew those things. Once all of that is dealt with, you can focus on your work instead of worrying about all those things. ‘