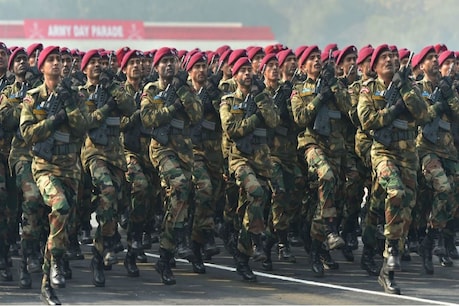 Another natural disaster in Uttarakhand during the Corona period has put people in trouble. On Friday, hundreds of people were trapped in an avalanche in Sumna area of ​​Chamoli district.

Dehradun. Another natural disaster in Uttarakhand during the Corona period has put people in trouble. Hundreds of people were trapped in an avalanche in Sumana area of ​​Chamoli district on Friday, the army is engaged day and night to save them. According to the army, 384 people have been rescued so far and they have been taken to a safe place, out of which 6 people are serious. While 8 bodies have been recovered so far. In fact, due to continuous snowfall and rain for the last 5 days, an avalanche occurred near Sumna, 4 km ahead of Sumana Rimkhim Road, at around 4 pm on Friday, in which an office of Border Road Organization and two labor camps were hit.

As the army camp was 3 kilometers from the affected area, relief work was started soon, but due to the rain and bad weather, the continuous rescue work was interrupted, despite its army continued to stand. In the overnight operation, 150 employees and workers of the GREF trapped in the first BRO camp were evacuated safely. The work of rescue relief is going on continuously in both the camps. So that as soon as possible, all the twelve can be safely removed. All the rescued people have been kept in the army camp. Since there is an epidemic of corona. Therefore, the army is also engaged in action under the entire protocol.

Fear of being trapped under snow
It is being told that many people are still trapped under the snow in the camp and road construction sites. Therefore, efforts have been made to evacuate them and the Army helicopter and mountaineer rescue team have been kept on standby for relief work. So that they can be used when needed. This is the second such disaster in the Corona period of the last one year. Earlier in the same district, on February 7, there was a major accident due to the breaking of the glacier, in which many people lost their lives and many are still being reported missing. At that time, the Army ITBP NDRF and the local administration worked with coordination and at this time, all the missing and snow-covered people are engaged in rescue rescue. According to the army, due to the avalanche, the road was completely blocked. It will be reopened in 6 to 8 hours.