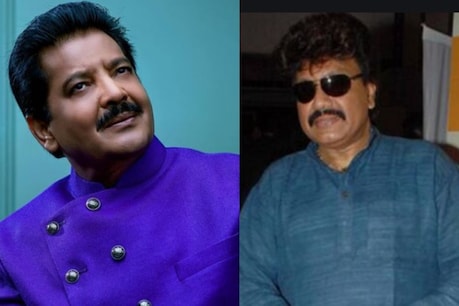 Udit Narayan has expressed grief over the demise of famous musician Shravan Rathod. Udit believes that if Shravan had not gone to the Kumbh Mela, he would have been with us today.

Mumbai. Famous musician Shravan Rathod The entire film industry is saddened by the demise. Singer Udit Narayan is also very sad. Udit believes that amidst the corona epidemic, Shravan should not have gone to the Kumbh Mela, which is crowded by millions. The heartbroken Udit is regretting the demise of his Aziz friend. If Shravan had not gone to the Kumbh Mela, he would have been among us today.

Bollywood’s famous singer Udit Narayan told ABP News- ‘While attending the Kumbh Mela, Shravan suddenly called me from there one day and informed that he came to the Kumbh Mela with his wife at this time Has happened. I was very surprised to hear that, why did he go there in the midst of such a huge epidemic? But at that time, I had advised Shravan to take care of himself, saying in a very light manner that he should not go to Kumbh among the crowd of millions. At that time, I did not say much to Shravan about joining Kumbh because I felt that he would not mind anything about me. Later it was learned that his sons had also refused to go to Kumbh.

The 90s musician Nadeem-Shravan’s duo had the potential to make any film a hit. The pair has given many hits to Bollywood. Due to the melodious songs, many film songs still remain the first choice of music lovers. Bollywood celebrities are constantly paying tribute to Shravan’s demise. Udit Narayan told the media that ‘I did not see a sociable, polite and cheerful person like him. I will always miss Shravan as a friend and an elder brother.