Trishala Dutt had a chat session with her fans on Instagram. During this, his followers raised many questions, to which Trishala posted the story on his Instagram account.

Mumbai Bollywood actor Sanjay Dutt Trishala Dutt’s daughter has suddenly come into the limelight. Trishala is quite active on social media. Recently Trishala did a live session with fans on Instagram. Trishala recalled her ex-boyfriend during a conversation with the fans. He not only explained the reason for the breakup but also told how both of them have progressed in their respective lives.

Actually, Trishala Dutt Had placed a chat session on Instagram with her fans. During this, his followers raised many questions, to which Trishala posted the story on his Instagram account. During this time a fan asked Trishala about their longest running relationship. Trishala told that one of their relationships lasted for seven years. However, both of them broke up and both of them moved forward in their lives.

Trishala Dutt Wrote in her Instagram story, ‘7 years … I will not go into much detail as to why that relationship ended. But let me tell you that we both wanted different things from our lives. So together we decided to do it. He was ready for life at that time, for which I was not ready. There was a lot of difference between the two of us, which came out with the passage of time. 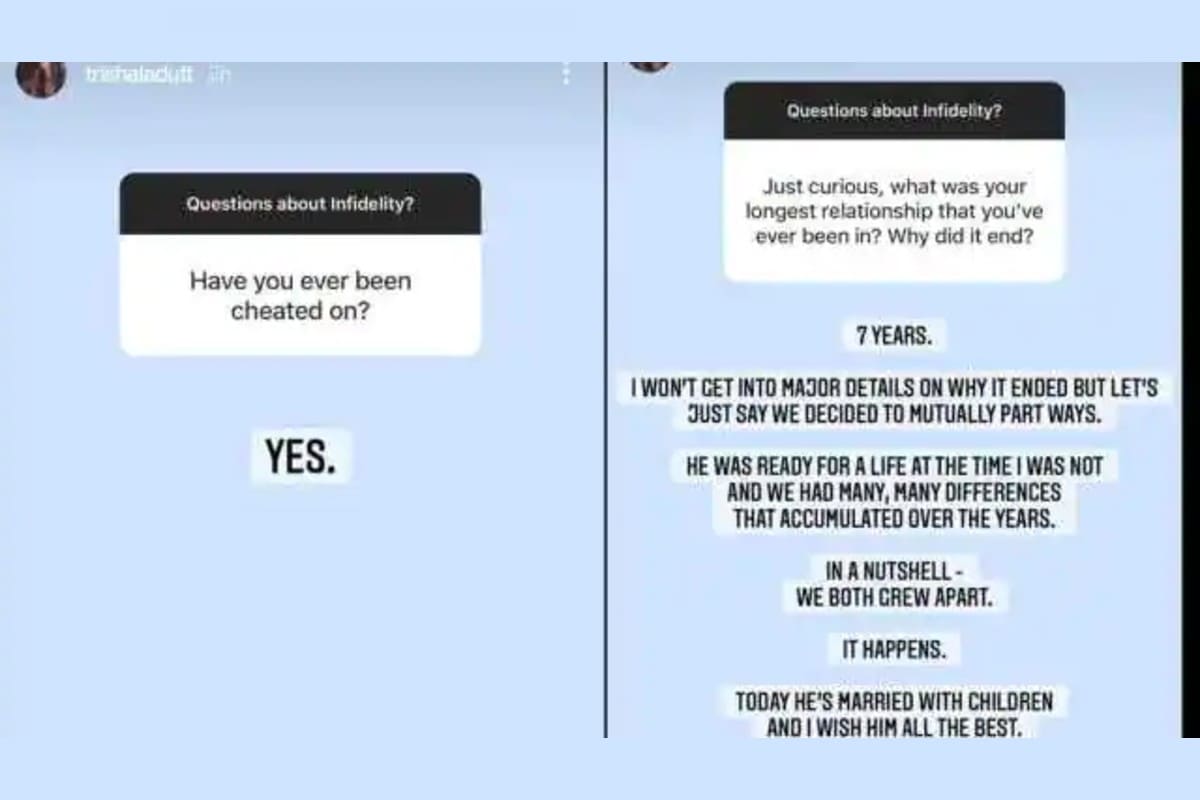 Trishala further wrote, ‘We both separated from each other. This happens … Today she is married and with children and I wish her well. ‘ At the same time, a fan from Trishala asked if anyone cheated with him? Trishala wrote on this – ‘Yes’