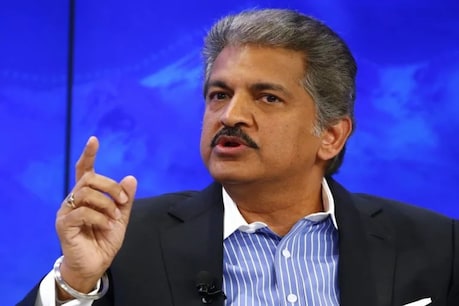 Anand Mahindra said that till the supply of vaccines is not available directly to the companies. Till then we can help hospitals to set up such camps financially.

New Delhi. Mahindra Group Chairman Anand Mahindra has come up with an idea to avoid corona infection in hospitals. In a tweet on Thursday, he said that as long as companies start getting direct supplies of Kovid-19 vaccines, they can help hospitals by setting up vaccination camps in the open. By doing this, other work will not stop in hospitals and more people can be vaccinated by setting up camps in the open.

A Doctor from a local Hospital told me of plans to work with local clubs to utilise their open spaces for creating vaccination camps. It allows efficient handling of larger numbers & prevents the vaccine drive from intruding on the hospital’s regular activities. (1/3)

How to get vaccinated in big cities- Companies in big cities were also expecting vaccination in their open spaces. But due to low vaccine production, priority is being given to the District Hospital and the State Hospital only. Further, Mahindra said that till the supply of vaccines is not available directly to the companies. Till then we can help hospitals to set up such camps financially.ALSO READ: Innovative: Gypsy modified to Maruti 800, see photos

At this time, the whole country is in the grip of the second wave of Corona. Which has taken a terrible form. According to the latest information of the Health Ministry, more than 3 lakh new cases have come up in the last 24 hours. According to the latest information, currently 26,82,751 people in India are infected with Corona. Talking about the statistics of death, it has increased day by day to 1,92,311. At the same time, 1,40,85,311 have been cured by corona infection.