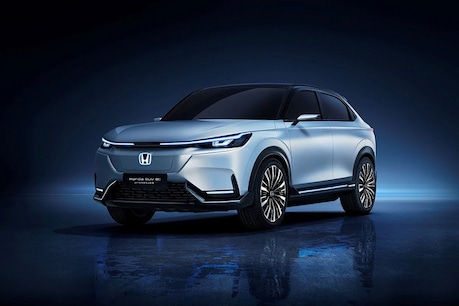 Information about the driving range and power of Honda’s SUV is not yet available, but according to experts, this car can give a driving range of up to 400 km.

New Delhi. The electric car segment is becoming increasingly popular in the Indian market. This popularity is seen more after the surge in the prices of petrol and diesel. Honda is also going to launch its electric car in this segment. The Honda company wants to achieve carbon neutrality by 2050. Honda’s new electric SUV will be based on the new HR-V. Along with the electric vehicle, Honda plans to launch more hybrid and plug-in hybrid models in the future.

Honda has already launched a small electric car worldwide which is known for its quirky design and packaging. This SUV will use the company’s newest infotainment system which will be updated with over the air software and will work on voice recognition technology. Honda’s own line up includes the Jazz, WR-V, Honda City and Amaze. With the closure of the production plant in Greater Noida, the company has removed models like Civic and CR-V from the line up.

Electric SUV – Honda has given LED headlamps, shiny logos and LED strips to give this SUV an attractive look. It has big tires and a charging port on the front. To make the rear view attractive, a light bar has been given which is across. According to Honda, this is the latest technology used by the company.Also read: Guidelines released for Online Driving License, know how to apply

Information related to the driving range and power of this SUV is not present yet, but according to experts, this car can give a driving range of up to 400 km. Honda says that this e: prototype SUV will provide better dynamic and smooth acceleration, which will make driving comfortable and better. Honda can launch this car from March to June 2022.