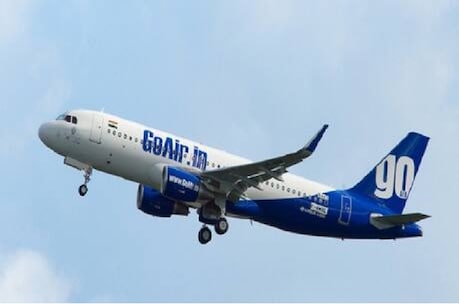 The aviation sector is reeling under the second wave of Kovid. Meanwhile, Wadia-promoted GoAir network and plans to expand its fleet of aircraft are major.

New Delhi: The aviation sector is reeling under the second wave of Kovid. Meanwhile, Wadia-promoted GoAir network and plans to expand its fleet of aircraft are big. The airline is now betting on a very low cost aviation model. GoAir is among the few Indian airlines that are making profits in a highly competitive and cost-sensitive market.

Kaushik Khona, chief executive officer (CEO), GoAir, said in an interview to PTI-Language, “While the sector is facing some temporary issues, we at GoAir believe that the airline is in a very low cost structure with its legacy Is in a specific situation with. Because of this, we have always stood still. ”

Also read: SBI Alert! Be careful if you get a call in the name of life saving medicine, the account does not become empty after payment

In March, Jeh Wadia of the airline’s promoter family stepped down from the company’s management. The airline announced the promotion of Ben Baldanza to be appointed vice chairman. Baldanza is credited with the revival of Spirit Airlines in the US. He is a global airline professional. There are also discussions that GoAir is also raising funds for its expansion. Khona said he is confident that the very low cost (ULCC) model will pave the way for specific growth for GoAir. “At GoAir, we are moving forward with confidence through our ULCC model.” He said, “All this helps us to streamline our operations and keep the overall cost structure at a lower level.” It requires a common skill set for pilots and engineering teams. ”Khona said that the Indian aviation market has not yet been fully exploited. He said that once the epidemic ends, there will be a huge demand for it.

He said, “We cater to the demand of first time fliers and non-business class passengers in large numbers. We are seeing strong growth from small cities. People from these cities want to complete the journey in less time than the railways, ”he said. Apart from this, the demand of people to spend holidays for a short time after the epidemic will also increase.