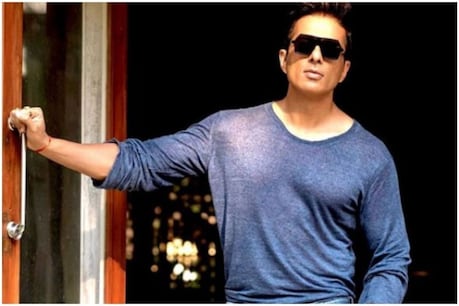 Sonu Sood has tweeted in which he expressed his concern over the worsening conditions in Delhi every day and assured help. The actor has raised his hand to help Delhi by retweeting a user’s tweet.

Mumbai Bollywood actor Sonu Sood, who is standing ready every moment to help the needy, is busy in the discussion on every side due to his big heart. Every day, his tweets (Sonu Sood Tweet) are in the headlines among the people. Sonu Sood is doing everything possible to help the needy. Recently, he had airlifted a girl from Corona to Hyderabad airlift and now he has also taken the help of Delhi.

Sonu Sood has tweeted, in which he has expressed his concern over the worsening situation in Delhi every day and has assured help. The actor has raised his hand to help Delhi by retweeting a user’s tweet. In fact, a user named Ayush had made a tweet, in which he wrote- ‘Thank you Dhoop Ashwini and Sonu Sood and all those who tried to help through messages and tweets. We have found a cylinder. Recently, the actor had arranged for an air ambulance to take the girl suffering from coronavirus-infected lung problem to the hospital. With the help of the actor, the girl could be transported from Nagpur to Hyderabad for necessary treatment.