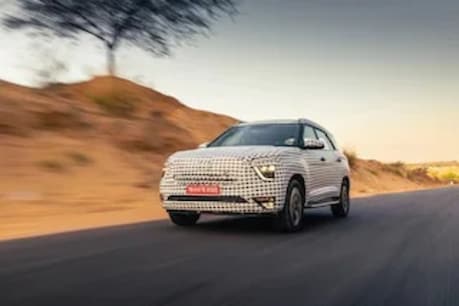 The launch of Hyundai Alcazar was postponed.

New Delhi. If you were dreaming of walking in a car with the whole family. So you will have to wait a little bit more for this. Because Hyundai has postponed the launch of its 7 seater SUV Alcazar. Let me tell you that Hyundai was preparing to launch this SUV first on 29 April. But due to the sudden increase in Corona cases in the country, the company has postponed the launch of this SUV. Let us tell you that Hyundai Alcazar are Creta update variants. In which the company has given a wheel base of 2,760mm.
Design of Hyundai Alcazar – The company has given a 2,760mm long wheelbase to give it even better space for the third row seating inside the cabin. The company added a redesigned diamond pattern grille, updated bumpers, redesigned alloy wheels and rear. The new quarter glosses have been given. In the rear of this SUV, the company has given Fox dual exhaust (silencer) and new style wraparound taillights.

Interior of Hundai Alcazar – y To make the interior of this SUV special, it has given auto connectivity technology, panoramic sunroof, ISOFIX seat mounts, wireless phone charging, automatic climate control and 10.25 inch touchscreen infotainment system that can be connected to Android Auto and Apple Car Play. Can. Its interior has been given a DSL tone color scheme and its captain seat version also has unique central armrest, cup holder and extra space.ALSO READ: Innovative: Gypsy modified to Maruti 800, see photos

The information related to its price is not clear yet but it will be expensive than the current model Creta in the market. In the market, this SUV can be competed with models like TATA SAFARI and MG HECTOR PLUS.