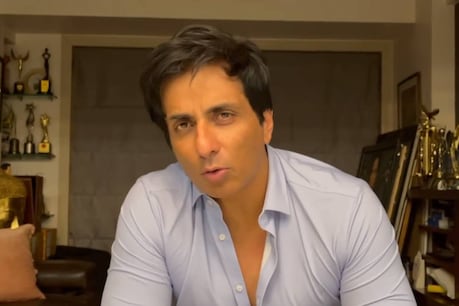 Sonu Sood has appealed to the central and state government that in this second wave of Corona (Covid-19), the children who lost their family members, all of them from school to college, are free. Should be

The Coronavirus has caused such a furore across the country for the second time that the entire system of hospitals is seen to be crumbling. People all over the country are seen seeking help for oxygen and hospitalization. In such a situation, the actor and contemporary Sonu Sood, who came out in the corona-era as a month, has made another noble appeal before the government. Sonu Sood has told the government through a video to give free education to children who have lost their parents or both under this second wave of Corona. Sonu Sood while sharing a video on his Instagram has appealed to the central and state government and all those institutions which are helping people during this pandemic. Sonu has given the caption of this video, ‘Everyone who has lost their near and dear ones in this panedemic, we need to come together for them.’ Actors are seen saying in this video, ‘Hello, I want to make a request today to the government and to all those who have come forward in helping. We have seen that in this second wave of Corona, many people have lost their family members. The children lost their parents. If someone lost his mother, he lost his father for two days. Kisi has lost both her parents and the children are very small. Some are 10 years old and some are 8 years old. I always wonder what their future will be. That is why I appeal to the government that a rule should be made that in the meantime, all those who have lost their family members, from school to college, whether they are in government school or private, their whole The study should be free. Whether they want to study engineering or medical, their studies should be free. These families have lost their earning person, this should be the rule for them.

Let me tell you that Sonu Sood has recently recovered from Corona himself and is constantly engaged in helping people during pandemics. Last year, Sonu had worked to bring hundreds of worker laborers and needy people to their cities, which was highly praised. Even now Sonu is engaged in helping many people through his foundation.