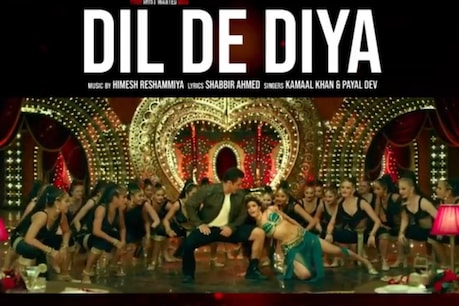 Mumbai. First song of Salman Khan’s upcoming film Radhe: Your Most Wanted Bhai ‘Seeti Maar’ Much is being liked with the release. In this song Disha Patani Sallu Miya is seen dancing with. Meanwhile, the film’s new song ‘Dil De Diya’ will be released soon. SK Films has shared this information on his official Instagram. SK Films shared a video clip of the song on his Instagram and said that the song ‘Dil De Diya’ is going to be released on Friday. Song’s track sound is heard at the beginning of the video, on which Jacqueline Fernandes is seen dancing in a bold avatar with Salman Khan. Song’s track is attracting soul fans.

This new song’s teaser Salman Khan Has also shared on Instagram. With this, he wrote in the caption, ‘Our new song is coming tomorrow, hope you will like this song too.’ Along with Salman Khan, the film will also feature Disha Patani, Randeep Hooda and Jackie Shroff in pivotal roles. ‘Radhey: Your Most Wanted Bhai’ is presented by Salman Khan Films in association with Zee Studios. Produced by Salma Khan, Sohail Khan and Reel Life Productions Private Limited, the film will be released on May 13 on the occasion of Eid this year.