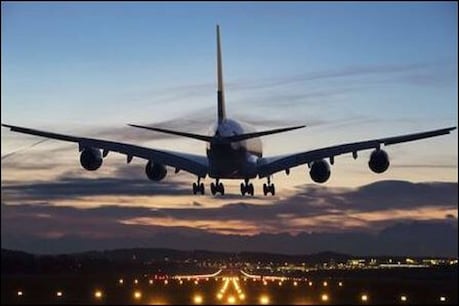 New Delhi. Directorate on Friday amidst ever increasing corona virus cases in the country General Off Civil Aviation (DGCA) has big India while deciding In The schedule International Commercial Flights (Scheduled International Commercial Flights) Of The movement On The restriction 31 May 2021 By Increased gave is. DGCA Of this Announcement Of after The next Month Of After all By All International Flights On Stop Will remain. Tell Give That Corona Epidemic Of Go last year March In International Travel On The restriction felt gave Gone Was DGCA By Ongoing Order In said Gone is That The need Feel Done Know On some International Roots On Related Authority Of Clearance With Flights To Operated did Go can is.

24 Hours Of During 3.86 lakh From More corona positive

Also read – Do you know about the world’s oldest wine, its bid will be in June, know how much it will cost

After the increasing corona cases in India, many countries have banned flights coming from Etihatan India. In this, Australia has restricted all flights till 15 May. The Netherlands has banned flights to and from India from 26 April to 1 May. The same countries like Canada, Saudi Arabia, Hong Kong, Singapore, Britain, New Zealand, Kuwait, Oman have been banned.