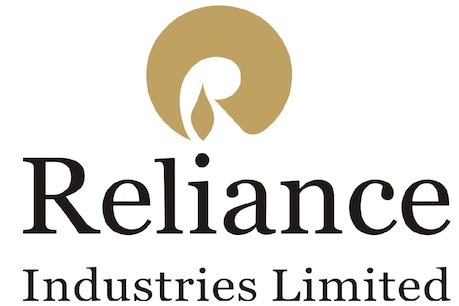 In the fourth quarter, the profit of Reliance Industries more than doubled to Rs 13,227 crore, the annual profit reached Rs 53,739 crore.

New Delhi. Reliance Industries, one of the largest companies in the country, has reported a consolidated profit of Rs 13,227 crore in the last quarter of the financial year 2021-21 ie January-March 2021. There has been an increase of 108.4 percent on yearly basis and 1 percent on quarterly basis. Reliance Industries has given this information while declaring its financial results on Friday. The company has announced a dividend of 7 rupees per share. It is worth mentioning that in the last year i.e. March 2020 quarter, only Rs 6,348 crores had gained due to lockdown to prevent COVID-19 epidemic. Whereas in the December quarter the profit was Rs 13,101 crore. In the fourth quarter of FY 2021, the company consolidated income stood at Rs 1,54,896 crore. The company has seen an 11 per cent increase in income on an annual basis. At the same time, it has increased by 24.9 percent on a quarterly basis. ALSO READ: JOB TALK: Due to technology, there is a lot of jobs in these places, know everything Revenue up 20.6 percent at Rs 1,01,080 croreThe company’s chairman Mukesh Dhirubhai Ambani said on the occasion, “We have recorded strong recovery in O2C and retail segment and strong growth in digital services business. The company’s oil to chemical business revenue in the fourth quarter. It has seen a growth of 2.6 per cent on a quarterly basis and has been at Rs 10108 crore. Similarly, EBITDA of this segment has grown by 16.9 per cent sequentially to Rs 11407 crore. But the EBITDA margin of this segment Weakness of 30 basis points has been observed and it has been at 11.3 per cent. Also read: Once in a year you get a chance, if you want to earn money, do this job immediately.
Annual consolidated profit up 34.8 percent at Rs 53,739 crore The company has told in the BSE filing that the company’s profit has increased by 34.8 per cent in FY 2021 and it has been at Rs 53.79 crore. Similarly, in FY 2021, the company’s income has been at Rs 4,86,326 crore, which was at Rs 6,12,437 crore in FY 2020. In February, Mukesh Ambani-owned Reliance Industries announced the reorganization of its oil-to-chemical (O2C) business into a wholly owned subsidiary called Reliance O2C Limited. At the same time, the annual EBITDA of Jio platform has been recorded at Rs 32,359 crore and Reliance Retail Ventures Rs 9,789 crore. Significantly, in the current year 2021, the Reliance share price has increased by 2 percent so far. Whereas in the last one year, there has been a rally of 39.4 percent. (Disclaimer- Network18 and TV18 companies operate the channel / website, controlled by Independent Media Trust, of which Reliance Industries is the sole beneficiary.)