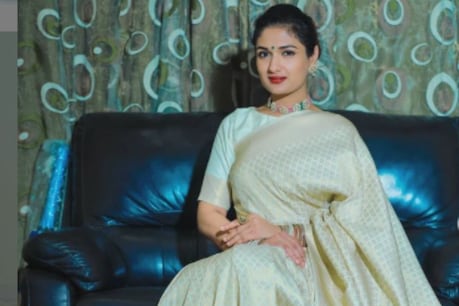 What is the reality behind the gleaming world, stars often reveal this. There are many celebs who had to face the casting couch before coming on screen. Actress Esha Agarwal is also one of them.

Mumbai. Esha Agarwal (Eesha Agarwal), who appeared in the film ‘Kahin Hai Mera Pyaar’ opposite Jackie Shroff and Sanjay Kapoor, is very active on social media. He may not have done much films in Bowwood itself, but through the films of South, he has made a special place in the hearts of the people. Isha Aggarwal, who won the Miss Beauty Top of the World 2019 title, had to suffer a casting couch before appearing on screen. Recently, he has made a sensational disclosure about the casting couch. What is the reality behind the gleaming world, stars often reveal this. There are many celebs who had to face the casting couch before appearing on screen. Actress Esha Agarwal is also one of them. Recently, he revealed the casting couch in an interview to Spotboye. Isha Aggarwal told that the journey in the world of entertainment has not been easy for me. I faced many difficulties in this. Coming from a small town like Latur and making a name in the streets of Mumbai is no less of a challenge. He said that when you come from a small town, first of all you do not accept the idea of ​​going to your showbiz, so in itself it is a big challenge. But somehow I proved myself to my parents and reached Mumbai soon after completing my studies and started auditioning. is. When I came to Mumbai, I was invited by a casting person to my office. When I reached her office with my sister, she said that she has cast many big artists and will also give me a good project. While talking, he suddenly told me to take off my clothes because he has to see my body.

Before I said anything, he explained the reason that he would look at my body and tell whether he was fit for the role or not. I got very angry after hearing this. I immediately refused her offer and went out with my sister. Then he sent me several days of messages but I blocked it. In this conversation, he further advised people coming to Mumbai to fulfill their dreams. Isha Aggarwal said that you will find many people who will say that they are from a big casting company and stay away from them. They will give you many offers, but you have to avoid this trap. Always choose the right one. He said that if you have the ability then you will definitely get success without any compromise.