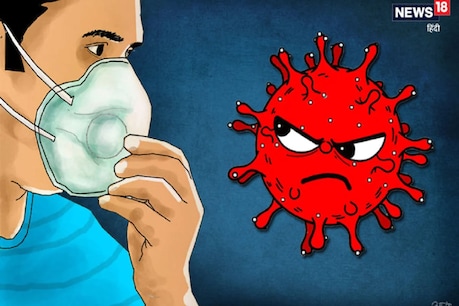 There are frequent cases of corona infection. In the past 24 hours, 5,493 new cases of COVID19 have been reported in Uttarakhand. Here 107 people have also died from Corona.

Dehradun. In Uttarakhand, corona infection is not taking a name. There are frequent cases of corona infection. In the past 24 hours, 5,493 new cases of COVID19 have been reported in Uttarakhand. Here 107 people have also died from Corona. Since Saturday, people over 18 years have started getting vaccinated, but the increasing number of Corona patients is raising the government’s concern. According to the report released by the Health Department, 5,493 new infected have been found in Uttarakhand in the last 24 hours. During this period 3,644 people were discharged and 107 people were recorded dead. The total number of active cases in the state remains 51,127. Number decreased slightly in 48 hours In Uttarakhand on Friday, there were recorded cases of death of corona infected patients. According to the report released on Friday, 122 patients died. At the same time, 5654 new infections were found. On Saturday, it was reduced to 5,493. Also, the number of active cases has also crossed 55 thousand.Wrong address given by checking sample Amid the outbreak of the Corona virus, thousands of migrants are returning to their homes in the border district Pithoragarh. In such a situation, the Health Department, which does not spread in the Corona Transition Border District, has set up investigation centers at the entry point of the district. Antigens and RTPCR samples are being collected from outside those centers in these testing centers. But there are many sample givers, who are not even getting hurt by rigging here. In fact, many people are giving their samples in the investigation center, but are registering the name and mobile number of someone else in the registrar. In such a case, the message and call are going to the person who has not given samples for corona investigation. Vinod Karki, a resident of Pankhu in Berinag tehsil, has been at his home ever since the corona infection has spread rapidly. He does not even go out to protect himself, but in the past, he was surprised when a message came with his name on his mobile that your antigen sample has been taken, you should take care of yourself. Karki could not understand how he got the message when he did not give the sample.