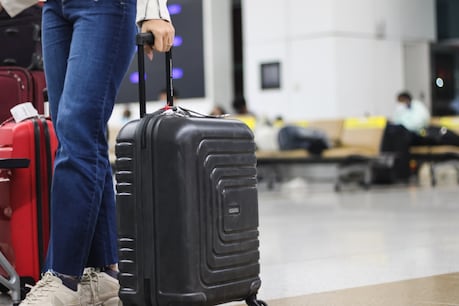 Australia was instrumental in preventing kovid in March 2020 by closing borders for non-citizens and permanent residents. (Symbolic: Shutterstock)

Australia Travel Ban: The government will reconsider this ban on 15 May. On Tuesday, Australia imposed a temporary ban on direct flights from Bharta. The government took this decision in view of the more contagious variants of Covid-19.

Sydney Australia has also taken strict steps in view of the situation of Coronavirus in India. Australian citizens present in India will not be able to return to their country at the moment. Australia has decided to ban its citizens living in India during the last 14 days. Not only this, if someone tries to enter the country, then he can be fined and jailed as well. Government officials have given information about this emergency decision taken on Friday. Health Minister Greg Hunt has informed that these restrictions will start from 3 May. He told that those who break the rules of the ban will have to pay a fine and can be imprisoned for up to 5 years. He said, ‘We are with India and our Indian-Australian community. The family of those in Australia is at great risk. Sadly, many are falling prey to Kovid-19 and losing their lives everyday. Also read: COVID-19: America’s new step on Corona situation in India, will ban travel from May 4 During this time, he has informed that the government will reconsider this ban on May 15. On Tuesday, Australia imposed a temporary ban on direct flights from India. The government took this decision in view of the more contagious variants of Kovid-19. However, during this time some Australian citizens including Adam Jampa and Ken Richardson have gone back via Doha.

Australia was instrumental in preventing kovid in March 2020 by closing borders for non-citizens and permanent residents. Apart from this, there are very strict rules for travelers in the country. Now the traveler will have to undergo 2 weeks of hotel quarantine at his own cost. It is being told that due to this system, in Australia, Kovid has helped a lot in keeping cases down. According to the WorldMeter data, so far 29 thousand 806 new cases of corona virus have been reported in Australia. However, more than 900 people have died. At present, the number of active cases in the country is 297.