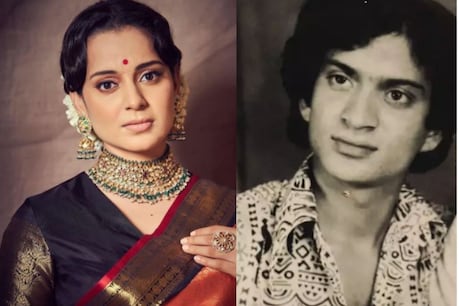 Kangana has shared this picture of her father. Photo courtesy- @ kanganaranaut / Instagram

Kangana Ranaut, sharing a black and white picture of her father, has described her father as a strict guardian.

Mumbai. Kangana Ranaut is an active social media user who periodically keeps fans sharing updates through her posts. Kangana is celebrating her father’s birthday today. Today, on this special occasion, he has shared a post with an unseen picture of his father. Kangana has called her father a strict guardian in this post. Kangana Ranaut shared a black and white picture of her father and wrote, ‘Dear father, I wish you were not such a strict parent. But thanks to the sad eyes, curly hair, and especially the brave hot blood and anger. I have not only found your blood but also your fire. Happy birthday father, your baby lioness Chhotu. Kangana has said many times before that her relations with her father were not good. Kangana has told in many interviews that her father did not even talk to her for many years. Kangana’s father did not want his daughter to act and that is why he did not even talk to Kangana for many years. Let me tell you that recently, on the occasion of the wedding anniversary of his mother-father, about his love story Told people. He had told that Mummy Papa had lied to the children about the marriage that he had been arranged an marriage marriage but his marriage was a love marriage. Kangana told that her grandmother told her that her mother had an affair with Papa. Kangana told that Mummy saw Papa at the bus stand while she was returning from college. Now he started traveling in the same bus every day. Kangana told that when father sent the proposal of marriage, Nana had rejected. Because Papa’s image was not good. Kangana said that my maternal grandfather had found a boy with a government job for his mother, but the mother had convinced Nana to get married after facing all the difficulties.