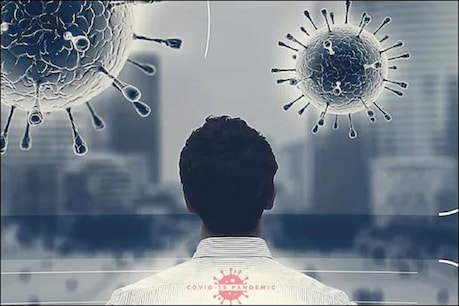 Karki could not understand how he got the message when he did not give the sample. (Cipher photo)

In fact, many people are giving their sample in the investigation center, but are registering the name and mobile number of someone else in the registrar.

Pithoragarh. Amid the outcry of the Corona virus, thousands of migrants are returning to their homes in the border district Pithoragarh. In such a situation, the Health Department, which does not spread in the Corona Transition Border District, has set up investigation centers at the entry point of the district. Antigens and RTPCR samples from outside are being taken in these testing centers. But there are many sample givers, who are not even getting rid of rigging here. In fact, many people are giving their samples in the investigation center, but are registering the name and mobile number of someone else in the registrar. In such a case, the message and call are going to the person who has not given samples for corona investigation. Vinod Karki, a resident of Pankhu in Berinag tehsil, has been at his home ever since the corona infection has spread rapidly. To protect himself, he does not go out anywhere, but in the past, he was surprised when a message came with his name on his mobile that your antigen sample has been taken, you should take care of yourself. Karki could not understand how he got the message when he did not give the sample. No person can do this kind of rigging When Vinod Karki put this issue in front of News 18 and News 18 investigated, it was found that Karki was messaged from the Health Department itself. After checking with Bariki, it was found that the message was fine, but while giving the sample, some other person registered their name and number in the registrar of the investigation center, due to which the message was delivered to them. Many cases have come to the fore in not one such district. After all, now the Health Department has taken strong steps to stop such manipulation. CMO Dr. Harish Pant said that now the identity card of those who are being sampled in the investigation centers has been made mandatory, so that no person can commit such manipulation.