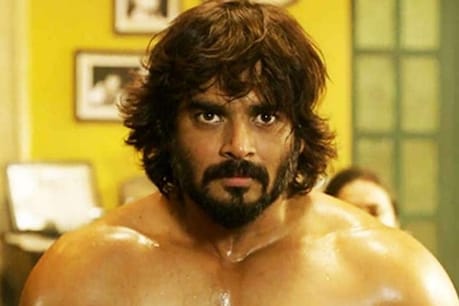 In this crisis of Coronavirus, there is a lot of medicines and oxygen being sold. Bollywood actor R. Madhavan (R Madhavan) has requested his fans to avoid similar people.

Mumbai. The Coronavirus has caused an outcry. The number of deaths is increasing every day. Continuously rising corona figures are now intimidating. While the country is facing the biggest epidemic, at the time of this crisis, there are some people who are selling medicines instead of saving the lives of patients. Bollywood actor R. against such people Madhavan (R Madhavan) is angry. On social media, he has described such people as demons. Coronavirus has saved the helplessness of people like it. People are asking for help through social media, even beds in the hospital, Remedisvir injections and oxygen cylinders. There is a lot of black marketing of medicines and oxygen in this crisis. Bollywood actor R. Madhavan (R Madhavan) has requested his fans to avoid similar people. R. Madhavan posted on Twitter, in which he wrote- ‘I too received this. please keep in mind. We also have such demons among us’. While sharing the post, he has written- ‘Fraud alert, people be cautious. Mr. Ajay Aggarwal is selling Remedesivir medicine for 3 thousand rupees. They will ask you for money in advance through IMPS so that it is delivered to you through PAN India in 3 hours and then later they will not pick up the phone. Beware of such fraudsters. This man is a fraud. 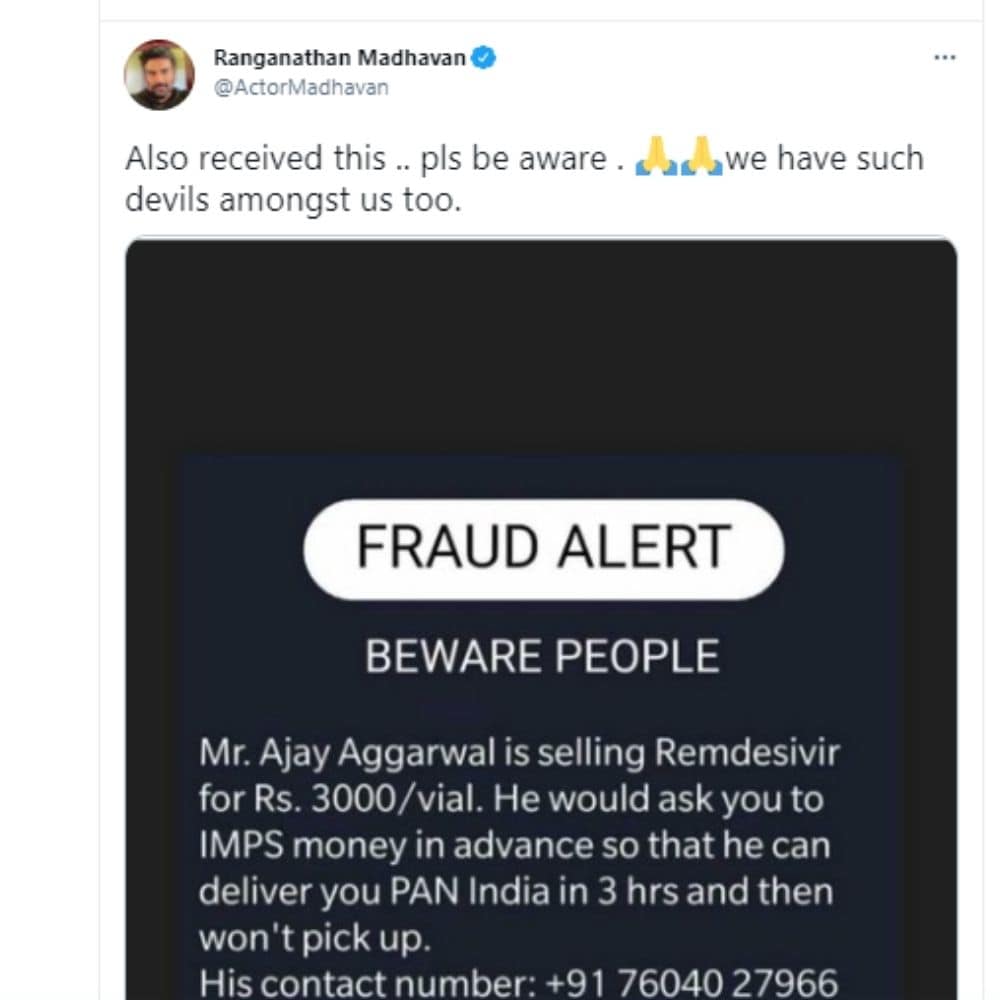 The condition of corona virus infection in the country is continuously deteriorating. For the first time in a day, more than 4 lakh new cases have been registered on Saturday. At the same time, more than 3000 people died. Of these, 62,919 new cases were reported in Maharashtra and 828 people died due to infection. After this, 48,296 new cases were registered in Karnataka, 37,199 in Kerala, 34,626 in Uttar Pradesh and 27,047 in the capital Delhi. The Health Ministry on Friday said that 73.05 percent of the new cases are coming from Maharashtra, Uttar Pradesh, Delhi, Karnataka, Kerala, Chhattisgarh, West Bengal, Tamil Nadu, Andhra Pradesh and Rajasthan.