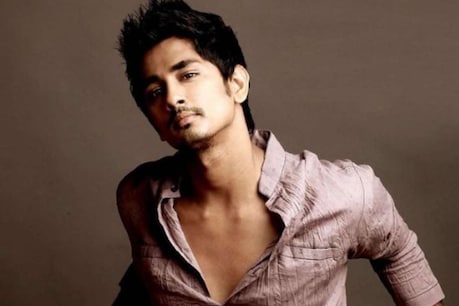 Actor Siddharth has refused to take the protection, thanking the Tamil Nadu Police on social media.

Mumbai. ‘Rang De Basanti’ fame Siddharth Narayana is in the news these days. Recently, he accused the Tamil Nadu unit of BJP through social media that he leaked his personal number. The actor said that the people of his family are constantly getting threats to kill him due to the number leaking. When the matter escalated, the actor was given police protection by the police, but the actor lovingly gave a reasonable reason and refused to take police protection (Siddharth Narayana Refused Police Protection). Actor Siddharth has refused to take the protection, thanking the Tamil Nadu Police on social media. He tweeted and wrote- ‘Thank you Tamil Nadu Police for the protection. I am the first member of my family who is getting police protection. But I leave this privilege with humility, so that the police officer can use his time to do something better in the epidemic. Thank you again ‘. In fact, on Thursday (April 27), Siddharth wrote while accusing the people of Tamil Nadu BJP Unit and IT Cell, ‘My phone number has been leaked by Tamil Nadu BJP and BJP IT Cell. So far, more than 500 abused, rape and life threatening calls have come for me and my family in 24 hours. All the numbers have been recorded (which have links with BJP) and are being given to the police. I will not shut up, keep trying. ‘ Siddharth has worked in Bollywood films as well as South’s films. Siddharth was seen in the hit film Rang De Basanti. Aamir Khan and R Madhavan were also with him in this film. His film ‘Chashme Baddoor’ was also well liked by the people. Let us tell you that Siddharth Narayan, who lives in Chennai, is constantly posting against the BJP government, where some people are supporting him on social media, while there are others who are constantly targeting him on social media.