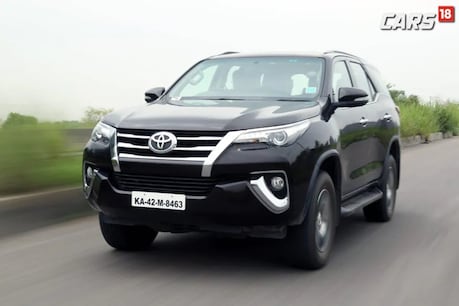 Toyota has sold well in the month of April compared to the previous year.

Innova Crysta and the manufacturer of the Fortuner vehicle did not make any sales in April last year. The reason for the spread of Kovid-19 was to impose a nationwide lockdown to prevent it from spreading. This time, the company has sold fiercely in April.

New Delhi. Toyota Kirloskar Motor (TKM) said on Saturday that it sent 9,622 cars to dealers last month. Innova Crysta and the manufacturer of the Fortuner vehicle did not make any sales in April last year. The reason for the spread of Kovid-19 was to impose a nationwide lockdown to prevent it from spreading. Naveen Soni, senior vice-president of TKM, said in a statement, “Despite the challenges, we are seeing good demand due to personal traffic needs.” Sony said, however, that the lockdown in various parts of the country has widened the gap between wholesale and retail sales. Sony said that at present, the main responsibility of the company is to secure the health of its employees, their families and other stakeholders. Also read: Different tariffs on EV charging in the afternoon and evening! New draft of Ministry of Power, know details Maruti announced to stop production – The auto manufacturer was supposed to close two plants in Gurugram and Manesar for repair in June, but due to the outbreak of Kovid-19, it was decided to close them a month in advance to save oxygen for medical use. MSI said that under the process of car manufacturing, small quantities of oxygen are used in its factories, while the component manufacturers use relatively high amounts of oxygen.Also Read: Best Adventure Bikes from Royal Enfield, Hero and KTM, Learn Performance with Price The company told the stock market, “In the current situation we believe that all available oxygen should be used to save lives.” That’s why Maruti Suzuki has decided to close its factories for maintenance ahead of time. “During this time production will be closed in all factories. The company said that Suzuki Motor Gujarat has taken a similar decision for its factory.