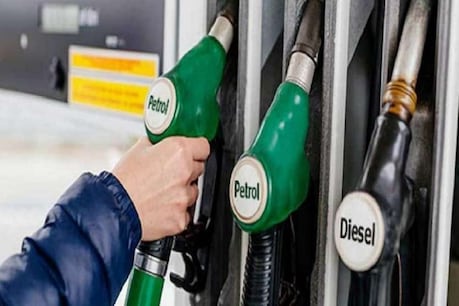 There is no change in the price of petrol diesel today

Petrol Diesel: The common man may find it very expensive to buy petrol and diesel (Petrol Diesel Price) very soon. There is no change in fuel prices in the country for about two months by the Oil Marketing Companies (OMCs).

New Delhi. The common man may find it very expensive to buy petrol and diesel soon. There is no change in fuel prices in the country for about two months by the Oil Marketing Companies (OMCs). It is now reported that the trend may change soon after the election results are declared on May 2 (2 may). According to government sources, after the results of the assembly elections, i.e. after May 2, oil prices will increase. Explain that there has been a big increase in the price of aircraft fuel by 6.7 on Saturday. Due to the cost of crude oil in the global market, retail prices of diesel and petrol may also be increased soon. Government oil marketing companies increased the price of Aircraft Fuel (ATF) in Delhi by Rs 3,885 per thousand liters, 6.7 percent to Rs 61,690.28. On April 19, there was a reduction of one percent. Due to variation in sales tax rates on various states petroleum, there may be different prices of ATF. Earlier, companies had reduced the price of ATF twice. It was reduced by three percent on April 1 and by one percent on April 19. Also read- Good news: SBI home loan becomes cheaper! Announcement of reduction in interest rates, many more concessions too, check latest ratePetrol-diesel prices steady for 16th consecutive day The prices of diesel and petrol have remained at the same level for the 16th consecutive day. Petrol in Delhi is costing Rs 90.40 and diesel is Rs 80.73 per liter. Authorities have indicated that prices of motor vehicle fuels may be revised soon. An official said that prices have been continuously rising for the last four days (27 April) and during this time, crude oil has become expensive in Dubai by $ 2.91 per barrel. The retail and petrol prices of petrol and diesel are 60 per cent and 54 per cent respectively of central and state level taxes. Also read- Investment Planning: Deposit 500 rupees here every month, you will get big profit! Know how?
Petrol and diesel prices will increase in many phases Despite the possibility of a new wave of Kovid-19 in India affecting the demand for petroleum, crude oil is rising in the international market. The strong demand of the US and the weakness of the dollar are being told behind this. From up-right to state assembly elections to be held in four states and one union territory to state assembly elections, state-run oil marketing companies are gradually being pushed to petrol and diesel to fix artificially caused losses. Prices are likely to rise.